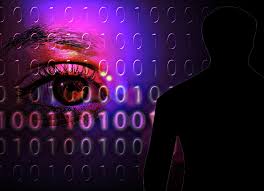 “Everyone can remember the videos of train loads of illegal immigrants, as children, coming across the border when former President Barack Obama decided to crash our nation’s immigration system with DACA. The Schumer-Rounds-Collins amendment would create the greatest border rush in American history, with amnesty being offered to millions, and then tens of millions of individuals once chain migration is taken into consideration. On this point alone, this amendment should be defeated. This is not what the American people voted for in 2016.

“The only immigration proposal that would offer legal status to DACA recipients, while reforming the immigration system to prevent another rush, which means ending chain migration, the visa lottery and securing the southern border with the President’s wall is the House Judiciary Committee Chairman Bob Goodlatte’s legislation. The Schumer-Rounds-Collins amnesty amendment has earned opposition from the White House and a vote for it is a vote against any immigration bill as it would surely be vetoed, ending the debate for 2018 and ending DACA.”

Interview Availability: Please contact Americans for Limited Government at 703-383-0880 ext. 106 or at media@limitgov.org to arrange an interview with ALG experts.