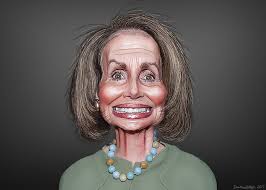 President Trump gave a State of the Union which turned a new page for unity and opportunity between the executive branch and Congress. As Trump expressed his hope of a more productive legislative year, he outlined a path toward legislative achievements with immigration took center stage. Trump may be taking a risk to get Democrats on board, but after their negative reaction Tuesday night, is it even worth it?

In Tuesday night’s speech, Trump outlined the four pillars for his immigration plan which he hopes will retrieve bipartisan support in Congress. The pillars include a path to citizenship for Deferred Action for Childhood Arrivals (DACA) recipients, border security funding, ending the visa lottery program, and ending chain migration.

White House legislative affairs director Marc Short explained to Politico, for conservatives, securing the border by garnering funding for the wall and assistance for border patrol officers is critical, as well as solving the long-term problems associated with chain migration and the visa lottery program. For Democrats, protecting DACA children was a necessity, but Trump took this a step further to guarantee their support.

Trump’s plan calls for a path to citizenship for 1.8 million people brought to the U.S. as children who either applied for DACA or meet DACA qualifications but have never been in the program.

As Trump explained during his address before Congress, “That covers almost three times more people than the previous administration. Under our plan, those who meet education and work requirements, and show good moral character, will be able to become full citizens of the United States.”

Yet when Trump made this announcement something strange happened. In a room half full of Democrats who have been pushing for and demanding a path to citizenship for DACA recipients, it was nearly only Republicans who stood and applauded Trump’s words.

Meanwhile, Trump is risking losing the support of his own base while attempting to persuade Democrats to meet in the middle.

In an Ear to the Ground Listening Project conducting polling research on Trump supporters reactions to immigration news, researchers revealed that Trump supporters are tracking the immigration debate closely with mixed feelings about his current plan and overwhelmingly negative views on amnesty.

Polling data indicates 71 percent of Trump supporters say it is “extremely” or “very important” to eliminate DACA as part of immigration reform efforts. The report continues, “If Congress passed immigration reform that removed DACA but incorporated a form of Amnesty, 62 percent would not support it, 7 percent would, and 32 percent are unsure if they would or would not.”

One thing the report made clear is that securing the border wall and ending chain migration are a top priority for those who have supported Trump and hope to continue supporting him, while a path to citizenship is extremely unpopular.

Perhaps it is Trump’s recent push for amnesty that now only leaves 27 percent of Trump supporters “extremely confident” that the President will follow through on his campaign promises. But this is not a completely bleak outlook, as 44 percent are still “very confident” in Trump’s ability to follow through.

President Trump is not completely losing supporters’ trust by offering this plan—yet. For now, he is prioritizing their interest in border security and ending chain migration, but constant talks of amnesty could give them room for doubt.

President Trump might be using the path to citizenship as an opportunity to bring Congress together and promote comprehensive reforms, but when most Democrats are not even willing to clap for amnesty for 1.8 million illegal immigrants, Trump might need to ask himself at what cost this sacrifice is coming? Certainly if assisting three times as many illegal immigrants as President Obama is not enough, it is clear the Democrats were never interested in compromise and only furthering their rhetorical and “resistance” agenda. It seems clear that the Democrats are focused on their neverTrump base, and the only question is will the President abandon his supporters in pursuit of what he would call, a bad, bad deal.