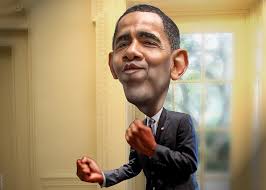 Why did some many mainstream Republican leaders want Donald Trump to be finished with the Obama birther issue? Has this matter really been settled? Don’t Americans, Republicans and otherwise, want to know the truth about where Barack Obama was born?

Here’s the reality: many establishment Republican bosses have wanted to distance themselves from an inordinate number of issues raised by Donald Trump. His confrontation with Obama about the gentleman’s birthplace is an old issue, but one that the moderate GOP faction was immediately terrified of and one that they still want shoved far in the closet. But this again begs the question – “why”?

Why are the heads of the middle-of-the-road and left leaning GOPers so against Trump’s (and many others’) legitimate questioning of Obam-A-The-Maybe-Immigrant? One answer is that they fear the liberal media’s massive bias on this issue. They fear the “conspiracy theory” label. They fear that independents don’t buy into the very real possibility that Obama was born in Kenya. They fear that many Republicans don’t believe in this either. But they are wrong.

There is a high percentage of people who either outright believe that Obama was born abroad, or who think there is a substantial chance he was born off U.S. soil. And there is actually significant, credible evidence to substantiate such concerns.

If Obama had an authentic American birth certificate, wouldn’t the man avoid all the negative publicity connected to the worries that he wasn’t actually born in the states – and just present the damn document to the public?

If Obama had an authentic American birth certificate, wouldn’t he avoid all the lawsuits and simply offer up the piece of paper?

If Obama had an authentic American birth certificate, wouldn’t he want to put the voters at ease and prove he was American-born? And disprove all the naysayers?

Should people believe that he refused to turn over his birth certificate for all those years because of principle? If so, what “principle” is satisfied by this stubbornness? “Principle” certainly didn’t obviate all the grave speculation of so many Americans. “Principle” didn’t gain Obama credibility; alternatively, it generated a growing viewpoint that the man is obstinate – and a fear that he really wasn’t born in Hawaii, the sate he claims to have been hatched.

Let’s get real here. If Obama indeed possessed an authentic birth certificate, proving that he was born in Hawaii, he would have immediately been forthcoming with it. Nobody would engage in lawsuits to earn the right to not turn it over. Nobody would purposely seek to endure the embarrassing scrutiny that a man campaigning to become president (and then sitting as president) is actually qualified to hold the office. No – nobody would do that. Any person in that position would just proffer the birth certificate – if he had it.

Now, this has all been the basic commonsense argument, evidencing that it is quite likely that Obama does not possess an authentic American birth certificate. And if he doesn’t own such a certificate, the logical conclusion is that the same is due to the fact that he was not born in the United States.

But wait, there’s more. There’s not just commonsense here. There is ample direct and circumstantial evidence that proves that the Barackster was not delivered unto America on Hawaiian grounds. Let’s start with Barack Hussein Obama’s own words. A confession that he was born in Kenya can be viewed on YouTube here.

There are numerous news reports that Obama’s grandmother, on his father’s side, says that she was present at his birth. But not in Hawaii – in Kenya.

In 1991, literary agents promoting Barack Obama, published a booklet proclaiming that, “Barack Obama, the first African-American president of Harvard Law Review, was born in Kenya and raised in Indonesia and Hawaii.” The revelation of the booklet was first published in Breitbart.com.

A 2004 article titled “Kenyan born Obama all set for US senate”, published by the AP, stated “Kenyan-born US Senate hopeful, Barrack Obama, appeared set to take over the Illinois Senate seat after his main rival, Jack Ryan, dropped out of the race on Friday night amid a furor over lurid sex club allegations.” Strangely, Obama apparently never refuted the highly-read article at that time.

Obama has refused to release scores of records pertaining to his stints at Columbia University and Harvard Law School. These records may indicate his actual place of birth. They also may reveal other nefarious matters – such as his true radical views. In an article published in The Blaze , Wayne Allyn Root, a former Libertarian vice presidential nominee and Obama Columbia classmate, said, “If anyone should have questions about Obama’s record at Columbia University, it’s me. We both graduated (according to Obama) Columbia University, Class of ’83. We were both (according to Obama) Pre-Law and Political Science majors. And I thought I knew most everyone at Columbia. I certainly thought I’d heard of all of my fellow Political Science majors. But not Obama (or as he was known then – Barry Soetoro). I never met him. Never saw him. Never even heard of him. And none of the classmates that I knew at Columbia have ever met him, saw him, or heard of him. But don’t take my word for it. The Wall Street Journal reported in 2008 that Fox News randomly called 400 of our Columbia classmates and never found one who had ever met Obama…I can only think of one answer that would explain this mystery. Here’s my gut belief: Obama got a leg up by being admitted to both Occidental and Columbia as a foreign exchange student.”

In 2008, American Thinker posted a YouTube video produced by Molotov Mitchell, a credible filmmaker, which features a lawsuit filed by Philip Berg, a leading Pennsylvania Democrat lawyer (a former state deputy attorney general). Although the video only documents the dispute through the summer of 2008, it succinctly provides very convincing evidence that Obama was born abroad – and it identifies his proclivity to litigate rather than merely provide reliable verification of his alleged U.S. birth.

Interestingly, it was not just Donald Trump who fervently argued that Obama was not born in the United States. An original antagonist, who carried forward this birther issue with great tenacity, was none other than Hillary Clinton. See The Political Insider article, “7 News Stories from 2008 that PROVE Hillary Started Obama ‘Birtherism’ – Media is LYING!”, for an enlightening dissertation.

Perhaps Barack Obama was born in Hawaii, but the same is doubtful. The evidence proving otherwise – commonsense, direct, and circumstantial – is rather substantial. Instead of avoiding the likely truth as an effort to cuddle up with the mainstream liberal media (and for other reprehensible political reasons), the moderate Republican leadership should thank Donald Trump for his years of unyielding efforts. These complacent GOP members shouldn’t have fought so hard to stifle him with the stigma of a “conspiracy theorist” as: (1) conspiracies many times are credible and true; and (2) American voters deserve to have an unbiased presentation of evidence, wherein the truth can ultimately be revealed and known.