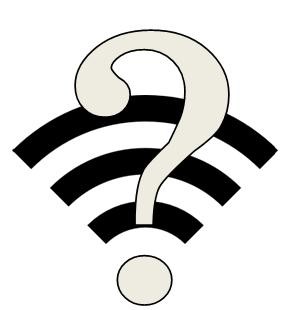 There has not been this much hysteria over a Netpocalypse since Y2K, which failed to break the Internet.

18 years ago, media publications worried feverishly for months on end that financial and other institutions would fail to make the transition from the 20th to the 21st centuries when the year 2000 had to be taken into account. According to the mass hysteria, all the computers would think the year was 1900. But, it never happened. Y2K was a bust, fake news if you will.

Enter the current worries over the Federal Communications Commission (FCC) ending the net neutrality rules that treated broadband as a common carrier under Title II of the Communication Act.

It will be the end of the Internet as we know it. Your Netflix and other video streaming programming will be interrupted. Content will be suppressed. Aja Romano on Vox.com claims, “Now that the FCC has repealed Title II classification for [Internet Service Providers] ISPs, the ISPs will essentially be unregulated.”

But not surprisingly, the Internet — which worked before net neutrality — still works after the regulation has been eliminated. So do all of the video streaming providers, Netflix, Hulu and so forth. No service disruption whatsoever. And there won’t be one.

Nor are there any allegations of content being blocked so far.

Oh, and it’s still being regulated. Many net neutrality proponents purported it would stop certain anticompetitive types of business practices that are basically already illegal under antitrust law.

So, what was all the fuss about, then?

If a broadband provider tries to throttle one streaming service to entice customers into its own streaming service, for example, depending on the facts, the streamer might have an available legal remedy at the Federal Trade Commission (FTC), which was established in 1914, more than a century ago and decades before there was any Internet.

In other words, the things net neutrality was supposed to stop were already illegal. You don’t need to declare something a public utility to keep it from being anticompetitive.

In fact, because of the FCC’s Title II classification of broadband, the FTC was barred from bringing suits protecting consumers from unfair or illegal practices under Title I. As a result, the FTC supported ending the FCC Internet regulation in Congressional testimony in November.  According to an agency press release on the testimony, “the FTC has jurisdiction to protect consumers and maintain competition in most sectors of the economy but does not have authority over common carrier activities. In light of this, the FCC’s 2015 reclassification decision resulted in the FTC losing jurisdiction over the provision of Internet access service.”

But, the agency said it would be ready to step back into this arena, according to the release: “the FTC has expertise in the antitrust and consumer protection issues raised by net neutrality concerns. In 2007, the FTC authorized staff to issue a report examining broadband Internet connectivity in general and network neutrality in particular. The 2007 FTC report also discussed discrimination, blocking, vertical integration, and data prioritization practices; examined the then-current and likely future state of broadband competition; analyzed Internet service provider practices under antitrust and consumer protection laws; reviewed proposed net neutrality solutions; and suggested guiding principles.”

Upon ending net neutrality, FTC acting commissioner Maureen Ohlhausen issued a statement praising the move, saying, “The FCC’s action today restored the FTC’s ability to protect consumers and competition throughout the Internet ecosystem. The FTC is ready to resume its role as the cop on the broadband beat, where it has vigorously protected the privacy and security of consumer data and challenged broadband providers who failed to live up to their promises to consumers. In addition, the FCC’s new transparency rules provide additional tools to help ensure that consumers get what they expect from their broadband providers, who will be required to disclose their traffic management practices.”

Got that? So, when you go to purchase Internet service, the ISPs will be required to disclose how they prioritize Internet traffic. If they don’t, or if those statements are inaccurate, then they’ll be subject to regulation.

Specifically, according to the new FTC-FCC Memorandum of Understanding, “Consistent with its jurisdiction, the FTC will investigate and take enforcement action as appropriate against Internet service providers for unfair, deceptive, or otherwise unlawful acts or practices, including but not limited to, actions pertaining to the accuracy of the disclosures such providers make pursuant to the Internet Freedom Order’s requirements, as well as their marketing, advertising, and promotional activities.”

Therefore, broadband is still being regulated, contrary to claims, just by a different agency, the same agency that was regulating it prior to the 2015 FCC power grab.

Almost nothing we’ve been told about net neutrality and ending it has been true.

So, if the Internet is and has always been covered under antitrust and specifically is now under FTC jurisdiction once again, which can otherwise deal with anticompetitive activities, then why was FCC regulation ever needed or wanted in the first place?

Perhaps it was something else in the Title II of the Communications Act that compelled FCC to claim oversight, such as potential downstream regulating of the rates that are charged? Whatever the motive, suffice to say that just because the FCC will no longer be regulating broadband does not absolve broadband providers from having to comply with antitrust law and FTC regulation.

If you can read this article, then ending net neutrality did not break the Internet.