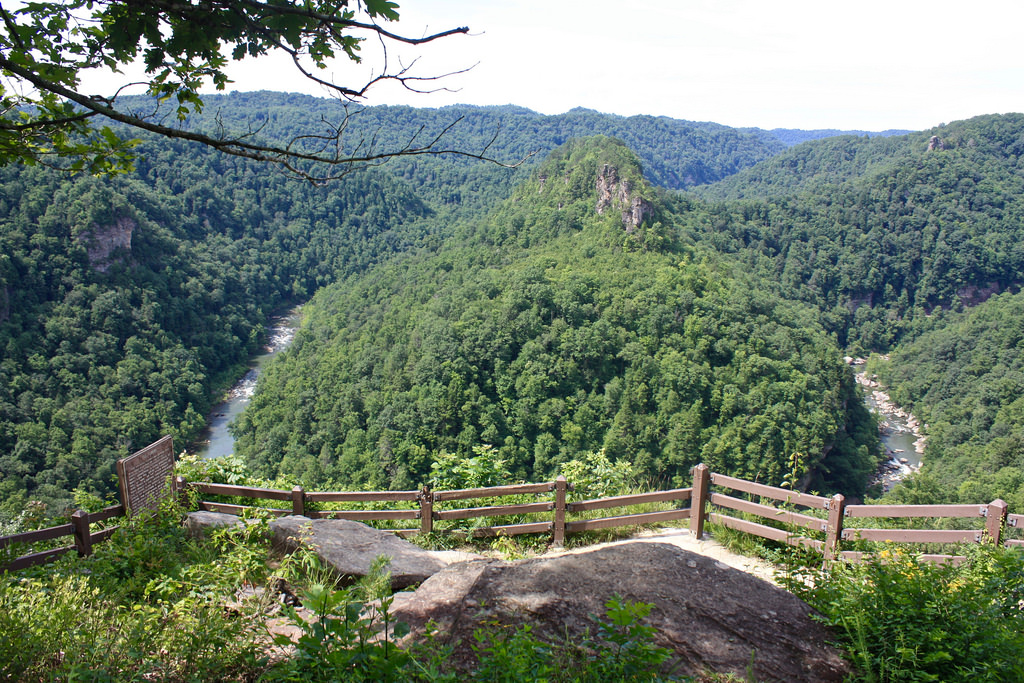 A small town on the edge of Daniel Boone National Forest where Donald Trump won 81% of the vote is still living with hope that an unconventional new president can bring positive change and are making the most of their lives in the meantime.

Leighandra Shouse, a children’s book illustrator who voted for Trump says he’s doing his best. “I’m still hopeful. I don’t think any of the problems that we have is going to be quick fixes, you know?” says Shouse, 50. “I think Congress is standing in the way more than him.”

There have been significant signs of improvement in and around Beattyville. The state recently announced the reopening of a long-closed prison, which will be operated by a private company and provide scores of jobs. The reopening is mostly due to the opioid crisis that has been growing long before Trump even agreed to run for President.

Coal producers are optimistic about Trump’s rollback of regulations on the industry. After falling into a steep decline after 2011, coal production and mining jobs have leveled off in the region over the past year, and laid off miners have even gone back to work.

A ripple of optimism is spreading throughout Appalachia, seeming to fulfill Trump’s campaign promise that the election was “the last shot for the miners.” And many are betting on the once mighty industry regaining its former strength.

Residents also have a renewed hope that the next great natural resource boom might come from another source: The area’s mountains and rivers, just as they are.

An auto repair shop owner in Beattyville, Larry Phillips, voted for and still supports Trump. He continues to have positive thoughts that Trump will bring the coal industry back in time as well. Phillips says to the president’s critics, “You need to step back, hush and let him do his job.” Phillips knows how to be self sufficient and not rely on one man to do everything for him. So he is continuing to make a living by building a few cabins to rent to visitors. He believe’s the town’s economic future can also thrive through tourism. “Tourism should be a lifelong thing here, because what we have to offer will not be leaving.”

The residents say they are up for the task because they know that their economy takes collaboration by the residents and not just through one man. Shouse says, ”The one thing about here is we have to learn to support each other. We can’t wait for somebody to pull us out of a hole.”

Beattyville residents say they’re not waiting to find out what will happen in Washington, regardless of what the tax proposals in Congress or the budget hold. They’re doing what they can to make their town more prosperous and not complaining about it. They are promoting the area to tourists and starting businesses, like the new women’s clothing boutique on Main Street, Hip Chic, and The Art Factory Coffee Shop.

Tara Newman, the proprietor of Hip Chic says, “It’s time that our community is seen in a more positive light and I think that’s what my generation and the current leaders of Beattyville have decided to do.” Newman had been diagnosed with breast cancer in 2015, and decided to open the boutique this past summer. It’s been open since late August. Newman says, ”I think we all just decided to take a chance, and to be accountable for our community. A lot of the people who have opened up these businesses, are hometown people. We see what our town had to offer and we want to move forward.”

Trump supporters in this small town are a wonderful example of true American’s. They know how to stand on their own, they keep a positive perspective refusing to let the media control their lives and their outlook on the world. The know how to make the world around them a better place without expecting someone else to come in and do it for them. They do not blame others for their lack but they stand up and do something about it, humbly knowing who they are as Americans and living peacefully among each other. If more people would take responsibility for their lives, work together instead of apart just like the wise residents of this small town the world, overall, would be a much better place.