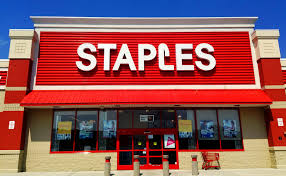 A mother and daughter from Brownsville, Brooklyn allegedly stole over 700 electronic gift cards from Staples, causing more than $250,000 in losses. They have been indicted on charges of computer tampering, grand larceny and falsifying business records in connection with the stolen gift cards.

“These defendants worked persistently and shrewdly in conducting this alleged long-running scheme. We will remain vigilant in uprooting all types of fraud in Brooklyn, including those that exploit digital vulnerabilities, and will hold those who commit them accountable,” said Acting District Attorney Gonzalez.

The defendants were identified as Rosemarie Barnett, 55, and her daughter Tashana Barnett, 30, both of Brownsville, Brooklyn. They were charged with one count each of first-degree computer tampering and second-degree grand larceny and six counts of first-degree falsifying business records. They were both arraigned today before Brooklyn Supreme Court Justice Danny Chun. They were ordered to return to court on November 29, 2017 and bail was set at $100,000.

The Acting District Attorney said that, the defendants fraudulently directed Staples employees to release over 700 e-gift cards without payment, causing a loss exceeding $250,000 between December 2014 and September 2016 according to the indictment. Instead of being physical cards, they get emailed to the purchaser as credit that can then be redeemed at various retailers.

It is alleged that the defendants provided false billing information and various Gmail addresses while creating phone orders of thousands of dollars’ worth of cards without paying, known as draft orders. According to the investigation, they then called Staples’ customer service hotline thousands of times under false pretenses. They managed to successfully manipulate employees in some cases even though they were rebuffed in almost all instances.

They posed as customer service managers and claimed to be conducting a training exercise as the investigation revealed. They instructed the representatives to override the payment requirement and to release hundreds of e-cards without payment, betraying knowledge of Staples’ ordering system. In other instances, they performed even exchange returns of e-cards by defrauding the employees, which effectively re-released the cards to the email addresses used by the defendants.

According to the investigation, the defendants allegedly used the cards to purchase True Religion jeans, Ugg boots, Gucci shoes and many other luxury items and also obtained numerous units of Apple iPad Air and other electronics directly from Staples using the same scheme. They also used the cards at various other retailers, including Target, Foot Locker, American Eagle Outfitters and Nordstrom.