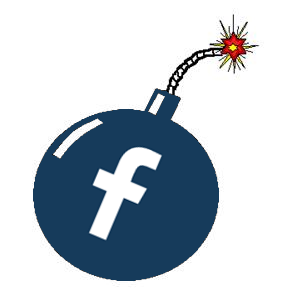 The world is full of threats. North Korea is threatening to launch a nuclear attack against the U.S. Iran wants to control the Middle East and oil that flows from the Shia Crescent. China is attempting to claim territorial waters from the Philippines to Japan. Russian President Vladimir Putin seems to be deadset on reforming the Soviet Union. But none of these threats compare to the danger from within.

The national debt is now the greatest threat to national security. Decades of reckless spending have finally caught up to the federal government. The national debt recently surpassed the previously unthinkable amount of $20 trillion, not to mention the estimated $100 trillion in unfunded liabilities.

American power rests in the ability to influence nations in two ways. The first is with economic power, and the second is with military power. The U.S. has the largest economy in the world with $18.5 trillion gross domestic product (GDP). Almost every nation wants to ensure access to the U.S. economy, thereby the U.S. has the ability to influence policy.

An economy weighed down by oppressive debt payments is doomed to fail. With the national debt now larger than the economy, Congress and the President must take action to save the U.S. economy. Salim Furth of the Heritage Foundation summarized the findings of Carmen Reinhart, Vincent Reinhart, and Kenneth Rogoff, noting the report took “a descriptive approach, detailing each of 26 episodes of extended ‘debt overhang.’ They find that government debt overhang tends to last a long time — 20 of the episodes they study lasted more than a decade. And many debt-overhang episodes featured slow growth despite low-interest rates on government debt, suggesting that high government debt hurts growth even in the absence of a crisis.”

Having a substantial amount of debt not only slows down economic growth, it is likely to lead to a recession or worse, a depression. No country with a contracting economy wields influence, it projects weakness, which is what leads to wars.

Just as important as having debt, is who is holding the debt. It makes no economic, military, or strategic sense to give an enemy the tools to cripple you with. U.S. debt is held by a variety of institutions. Investors and foreign governments, who hold $6.3 trillion of U.S. treasuries overseas, buy U.S. treasuries as investment vehicles. U.S. treasuries are seen as one of the safest investments in the world.

For people who view the world through quarterly profit-loss reports it may seem unlikely for a foreign adversary to dumb U.S. treasuries for a loss, but for the Chinese, who view the world in 100-year cycles, it may be viewed as a survivable blip to deliver an economic death blow to their rival. Yes, dumping treasuries would hurt both nations economically in the short-term, but if the long-term gains for China have the potential to erase the gap between the two economies, why would we pretend that is not a threat?

The U.S. also has the most dominant military the world has ever known. The ability of the U.S. military to strike any target anywhere is unparalleled. This tends to have a calming effect on many of U.S. adversaries. That ability is being put into jeopardy by an ever-increasing debt servicing payment.

It cost hundreds of billions a year to have that military. It must be fed, equipped, and trained. The FY 2017 expenditures are expected to reach $611 billion. This may seem like a lot, but defending the national interest is not cheap, and the U.S. does have national interests around the world. It is in the U.S. national interest to ensure open sea lanes for trade. The U.S. also has treaty obligations to uphold and this requires a military. So, the argument for not having a military is null and void.

There is only so much of the budget pie to go around each year. About 70 percent of the budget is considered mandatory and occurs automatically, including Social Security, Medicare, Medicaid, and interest payments. The rest is discretionary. As the debt continues to grow, so too will the interest payments on the debt, increasing the size of the mandatory spending piece. As one piece of the pie grows, another must shrink.

Of course, this assumes a low-interest rate. If the rate goes up, as it is expected to do, the interest payments will explode and take up even more of the pie. Unfortunately, the military is normally the part of the discretionary budget that tends to get cut. As the debt grows, politicians will look towards the military to pick up their slack. The cuts will come from readiness and new weapons systems — putting national security at risk.

Congress must make the hard decisions now, or else math will make the decision for them in the future. At some point the debt will become so large it cannot possibly be repaid. Mandatory spending must be reformed, and deficit spending must be stopped. Our enemies know this and have hinted at this weakness in the past. Any politician or think tank that considers themselves a national defense “expert” should implore Congress to get the budget in line for the sake of national security before it is too late.