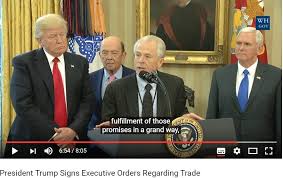 President Trump’s approval ratings have shown signs of improvement since the summer. The president has gone to 43 percent approval up from the 39 percent he earned following his handling of the violence in Charlottesville, Virgina, according to the results from the most recent Politico/Morning Consult survey. Compared to the 35 percent he previously earned, a Marist College poll last week has the president at 39 percent approval.

There has been a 3 percent increase since August according to Gallup’s weekly questionnaire. Lee Miringoff, director of the Marist College Institute for Public Opinion, noted, “There has been some rallying behind President Trump for his handling of hurricanes Harvey and Irma. But, his improved standing is seen only among his core supporters. He is still unable to reach beyond his base.”

What counts is the increase in support as we watch President Trump do what he said he would and more.