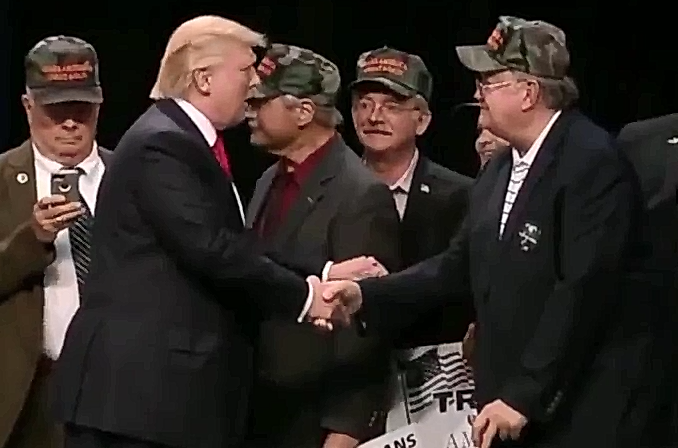 The Department of Veteran Affairs (VA) was a dark spot in the Obama presidency. The department was plagued with corruption and failed the people who fought for this country, but the efforts of congressional Republicans and President Trump have reversed this trend and expanded care for those who need it most.

President Trump has signed into law the VA Choice and Quality Employment Act of 2017, which dramatically expands choice and opportunity for veterans by authorizing $2.1 billion in funds for the Veterans Choice Program.

Consistently, veteran’s inability to receive access to private sector care has silenced them from making their own medical decisions. But under the Veterans Choice Program, any veteran who lives more than 40 miles from the closest medical facility, has a wait time over 30 days from the clinically indicated date or meets other special criteria will be able to look to the private sector for assisted care.

In states where this has been determinantal to veteran health, the private sector has made a life or death difference already.

Alaska acts as a model for VA Choice. With cities inaccessible by roads and isolated from city centers during winter, Alaska Dispatch News of Sept. 2016 found, by paying private clinics to handle veteran care they could use health care dispatchers in various cities to assist veterans in fixing their care problems directly. Rather than coddling veterans, the choice program empowers them.

With President Trump’s expansion of this program, the VA will be better equipped to put veterans first.

The signing comes on the back of four other legislative achievements to assist veterans. The VA Accountability and Whistleblower Protection Act, the Veterans Choice Program Improvement Act, the Increasing the Department of Veterans Affairs Accountability to Veterans Act of 2017, and the Harry W. Colmery Veterans Educational Assistance Act of 2017 all serve to expand veteran benefits and hold the VA accountable for years of corrupt behavior.

Under the Trump Administration, the VA has fired over 500 employees, suspended 200, and demoted 33 to restore the integrity and accountability of the agency. To increase transparency, the VA has become the first agency to post information regarding employee disciplinary action online while maintaining protections for whistleblowers.

Through technological innovation within the department, the VA is now utilizing VA Video Connect to use secure, web enabled video on smartphones and computers to discuss health problems with over 300 VA providers in 67 hospitals. Through the Veteran Appointment Request Applications, veterans will also be able to schedule and modify appointments at anytime from anywhere. A nationwide roll out of the app is expected this year.

Where previous Administrations neglected the needs of our veterans, Congress and President Trump have worked side by side to champion improved care for those who were willing to make the ultimate sacrifice for our country. As Trump understands, if we are not willing to provide adequate care for our countries soldiers, we are failing to care for the country at all.

Natalia Castro is a contributing editor for Americans for Limited Government