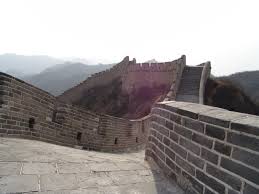 The FBI reports there are an estimated 1.4 million people in over 33,000 gangs across the country now. These gangs are responsible for 48 percent of all violent crime in America. The government does not produce statistics that state how many of the 1.4 million gang members are here illegally. But, with some quick math it can be estimated. If there are 1.4 million and the National Gang Center estimates 46 percent are Hispanic or Latino, that puts the number at 644,000.

Even David Frum, of the uber liberal magazine The Atlantic, recognizes the problem in his research. He wrote “as of 2011, there were 25,000 illegal immigrants serving murder sentences, and 2.89 million offenses committed by illegal immigrants between 2003 and 2009, including 70,000 sex crimes and hundreds of thousands of other violent crimes.”

Without a doubt, the most dangerous street gang in the country is Mara Salvatrucha, MS-13. MS-13 is got their start in Los Angeles, Calif. in the 1980s. The gang was started by Salvadoran immigrants that wanted protection from more established Mexican and African-American gangs. From there the gang continued to expand recruiting illegal immigrants fleeing the civil wars in Central America.

The gang is known for their ruthlessness and head to toe tattoos. The tattoos are an ingenious way to ensure once a person becomes a member, they stay a member. It is very hard to get a job outside of gang life with a giant tattoo across the forehead saying “MS-13”. They are so dangerous Mexican cartels have used them as shock troops against rival cartels.

A string of murders on Long Island, NY has sent the community into shock and shows how brutal the gang is. Recent victims of MS-13 violence have been beaten and hacked to death with baseball bats and machetes. It is so bad, parents are pulling their children out of school and homeschooling them or sending them to live with relatives in safer states. We cannot even educate our own children without fear of violence. We let that walk into our schools.

The Center for Immigration Studies released a report based on a ten-year program being run by ICE, called Operation Community Shield. The program targeted transnational criminal organizations and criminal aliens involved in street gangs. The report stated, “that 92 percent of the MS-13 affiliated aliens arrested were illegal aliens. Of those, 16 percent had entered illegally at least twice.” If only there were a large wall like object to stop them from entering the U.S.

Another violent street gang making its way across the nation is the 18th Street gang. They got their start in the 1960s in the Rampart division of Los Angeles. They are a deep-rooted gang involved in all manner of crimes. They have no problem selling drugs on the street and committing murders while dealing in copyright infringement, anything that brings in cash. They even kidnapped the brother of a Honduran soccer player, Wilson Palacios, for ransom. The gang did not let the boy go after receiving the ransom, and his body was found almost two years later.

The uber liberal Sen. Dianne Feinstein (D-Calif.) finally admitted in a report, published in 2003, that up to 80 percent of the 18th Street gang is made up of illegal immigrants. Would the gang have the power it does, if it didn’t have a steady flow of recruits from south of the border?

The FBI is so concerned about these two gangs they recently stated, “MS-13 and 18th Street gangs have become so bloodthirsty in El Salvador that the government has declared them terrorist organizations. The gangs are responsible for bringing the murder rate to a level last seen during the 1979-1992 civil war.” Why are we leaving our southern border wide open to this?

The problem doesn’t stop with the street gangs. You have Mexican drug cartels moving between the two countries as if the border wasn’t even there. They have operational cells in almost every major American city, as the DEA map shows below.

Don’t let the name fool you. They may be called drug cartels, but they are sophisticated criminal enterprises. Yes, they do run drugs, but they are also involved in weapons trafficking, human trafficking, and extortion. They have even branched out and made alliances with terrorist organizations. A leaked report from the Texas Department of Public Safety shows several members of known Islamist terrorist groups have been apprehended attempting to cross the border. How many made it through?

The cartels have turned Mexico into a war zone. Drug cartels are competing for trafficking routes and land to grow the narcotics themselves. The competition takes place in the form of violence. Mexico had over 20,000 murders last year, it saw more murders last year than Iraq or Afghanistan, two countries with active wars. The only country to have more murders than Mexico was a nation in the middle of a civil war, Syria.

Elite Democrats in Washington, D.C. scream “compassion” when talking about enforcing immigration laws and building a wall on the southern border. We know the “compassion” argument is a lie. What they truly care about are votes. They want more voters and have endeavored on generational journey to import millions of democratic leaning voters. Why are Republicans reluctant to build a wall and stem the flow of illegal immigrants, drugs, and misery, while being voted out of office by the people they just let break the law?

Instead, if you cut off the pipeline for recruitment and financing for criminal gangs, you diminish their power. As long as they continue to have an unlimited supply of illicit contraband and foot soldiers flowing from the south, it will only get worse. The border wall must be built to stem the flow of illegal immigrants and illicit goods.