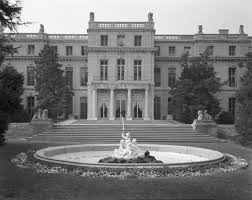 10 to 15 years ago New Jersey was known to tourists for it’s beaches and an industrialized town that housed The Newark International Airport (EWR). Meanwhile, New Jersey is a beautiful state rich with fertile farms, lush forests and intimate towns that are safe environments for raising families. It was the natural beauty of New Jersey that earned it’s name, “The Garden State.” The exquisite look of New Jersey also made it a perfect back drop for some of Hollywood’s biggest movies.

Many may not realize that Thomas Edison built the first movie studio, the Black Maria, in West Orange, NJ in 1893 before there ever was a place called, “Hollywood.” Los Angeles, California’s dry climate and more ideal weather conditions is what eventually drew the entertainment industry to the West Coast. Unfortunately, Hollywood has spent the last decade focusing it’s attention on reality television and recycling movies over and over again that many filmmakers have returned to the original state where movies were once made.

Some classic movies that were filmed in New Jersey include the 1982 musical Annie which was filmed at Monmouth University in West Long Branch, NJ. The million dollar Warbucks estate that houses the marble steps Annie tap-danced down in the film, is the main building on campus called Wilson Hall (formerly Shadow Lawn). The classic mob movie, Goodfellas (1990) filmed several scenes near Fort Lee and Marlboro, NJ. Princeton University is another college campus that housed the Academy Award winning movie, A Beautiful Mind (2001). The movie also shot in Jersey City, East Orange, Belleville, Newark, and on Farleigh Dickinson University’s campus. The 1979 Horror Movie, The Amityville Horror was filmed in Toms River, at a riverside house right along the familiar Garden State Parkway. Other scenes were filmed in Lakewood and Point Pleasant. Even a critically acclaimed independent movie, The Station Agent (2003), was filmed in various locations throughout the Garden State along with many other independent films currently in production today.

Although New Jersey housed the first movie studio in the 19th century it’s citizens still remain humble enough to house and support up-and-coming independent filmmakers today. There are numerous Film Festivals all throughout the state and filmmakers are always able to find a great backdrop to film in every town they come across. Many films are currently lined up for production in 2017 across the Garden State. Horror films like, The Gift, The Bookworm, Abducted and Endangered are being filmed in towns like Bloomfield and Paramus, NJ. While Sci Fi, Action Adventure films like the Five in Merseyside is getting ready to create an entire town on a few hundred acres of gorgeous farmland in Wall, NJ. Even a television pilot titled, Absynthia was filmed in Teaneck, Hackensack and Wall, NJ and is considered the next FireFly.

Even the talent that is cultivated in New Jersey’s Garden State are individuals who are so legendary and memorable it has been hard to replicate their abilities and the impact they have made across the globe. Recording artists like Frank Sinatra, Bruce Springsteen, Jon Bon Jovi, and Whitney Houston are only a few who have touched others with their music. Award winning actors such as Frank Langella, Jack Nicholson, Ray Liotta, Meryl Streep, and Bruce Willis have left lasting imprints on peoples hearts and minds with the roles they’ve brought to life. The next generation of musicians, actors and filmmakers that are rising up out of Jersey are already known throughout the state for their outstanding abilities and accomplishments in their field. Some of these Jersey grown natives are writer / director Trifon Dimitropoulos of Red Bank, NJ; actress / writer / producer Danielle Nicolette Najarian of Bergen County, NJ; and musician / actor / director Thomas Ryan of Bloomfield, NJ.