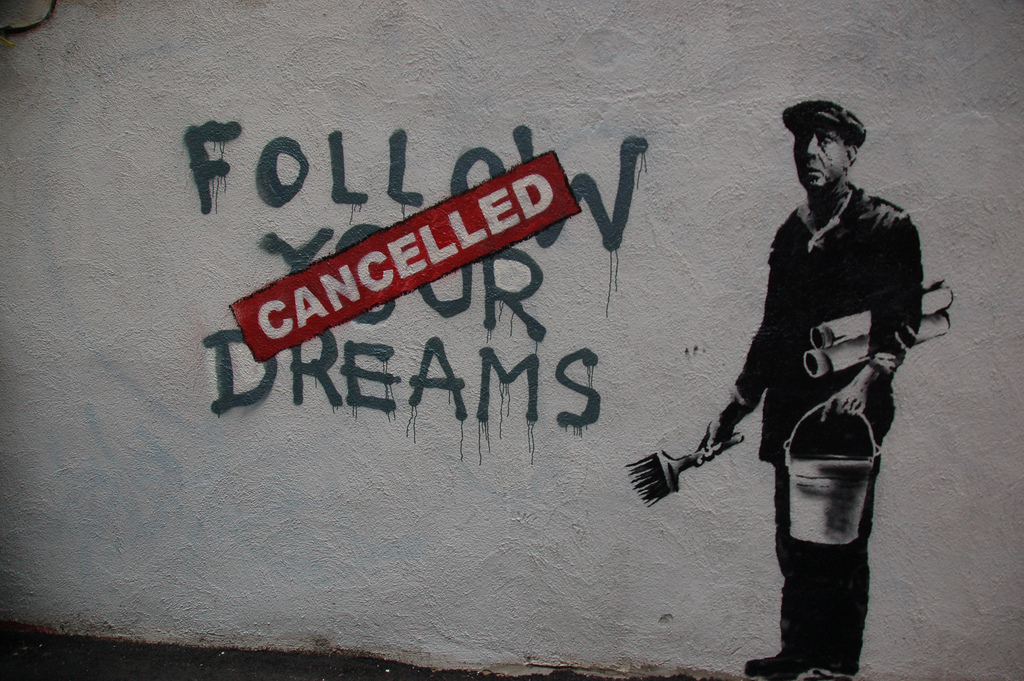 They say, “You can be anything you want in life, if you just put your mind to it.”

What happens when you put your mind to it, meditate on it, study it, go to school for it, get a degree in it, start at the bottom and work your way up to it, read every book there is on it, train with award winners and successful people in the field of it, sacrifice everything you have, and could ever want, for it and you still don’t obtain it?

The validity of the above statement looses its American appeal and “star spangled” luster when so many American’s living in the “land of opportunity” are struggling with depression and hopelessness because they have been laid off from a job or cannot obtain the job they truly want. Statements such as, “you can be anything you want in life…” could be bewitching to a generation because not everyone will actually obtain what they think they want out of life. Circumstances that are out of someone’s control may happen to anyone at any time and can drastically change the direction someone would want their life to go in. What happens then? Do we give up? Most people do, because they put their mind to it and give it everything they’ve got but somehow their life takes a turn in a completely different direction then they first imagined it to be. Disappointment, helplessness, low self esteem and even self hatred have a high chance of settling into the mind changing the chemical imbalance in the brain and leaving humans with no relief. A large majority of the population will to turn drugs, sex, or alcohol to bring the chemical imbalance in their brain back to a place of balance or normalcy. While others who have lost all hope will commit suicide. False dreams of success in America, false promises of an American Dream that we can have whatever we want have become a silent killer in our country. When a person who was once determined, strong willed, and even faith filled enters a place of deep depression in the “land of opportunity,” it may be time to raise some questions.

That answer I leave to you…