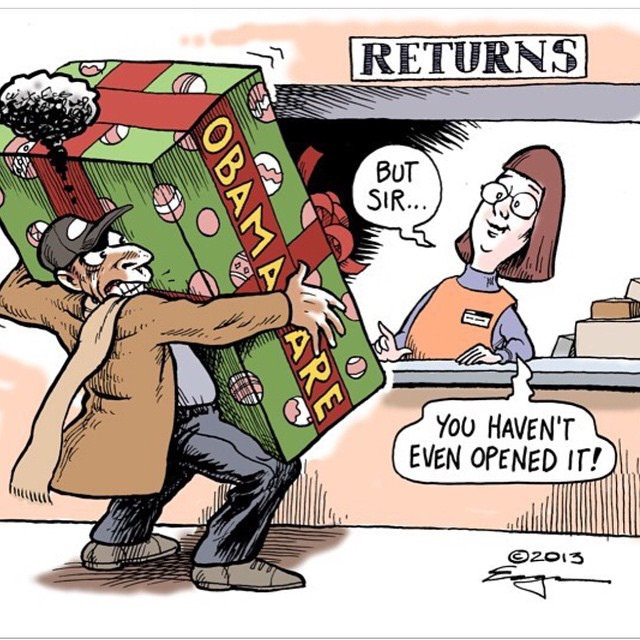 Today, Senate Republicans are set to meet in-conference to begin discussing the details of their version of repealing and replacing Obamacare — and ultimately maybe even how the GOP will fare in the 2018 midterms.

No word on what will be included, but according to a June 20 NBC News report, “Republican senators say they expect to learn the contents of legislation to overhaul health care before the end of this week as their party leadership continues to work toward a vote on it before they leave town for the July 4 recess.”

Meaning, whatever is decided at this meeting may be in the final Senate bill, some version of which could ultimately become the law of the land. And voters will hold Republicans accountable for what is in it — and not in it.

That is, if it can pass the House or be reconciled in conference with the House version of repeal and replace that passed in May.

To that end, one thing Senate Republicans should definitely not strip out is the state opt-out provision of Obamacare regulations — the cornerstone of the House plan. It was one of the major reasons House conservatives were able to support the legislation, which is that they were supporting a bill that would get their states out from other the boot of the health care law’s many regulations.

In April, while negotiations were still ongoing, U.S. Rep. Mark Meadows (R-N.C.) cited the state opt-out proposal as a source of potential unity among House Republicans: “[W]e still believe providing waivers at the state level from many of the Obamacare mandates that drive up costs might be a real path forward so I would say that conversations between moderates and conservatives are very constructive and it’s been due in no small part to the active involvement of the White House and leadership in trying to make sure we get a good bill — a better bill — going forward over to the Senate.”

Ultimately, it was this essential compromise, fought for by Meadows and the amendment’s sponsor, U.S. Rep. Tom MacArthur (R-N.J.), that helped the House bill get across the finish line. Without it, the Obamacare repeal and replace would be very much in doubt.

Other elements of the House bill observers might take for granted, but it is worth repeating. The individual and employer mandates have to be eliminated.

Medicaid expansion for working adults is making it harder for states to provide services to others in the program, including seniors dependent on nursing home and home attendant care.

Still, there are items that the House bill neglected, that the Senate might do well to take up. For example, being able to sell insurance across state lines — a key Republican campaign promise going back several cycles — would be a great addition.

The House bill did not end the American Medical Association’s monopoly on doctor certification via control of medical schools, the Food and Drug Administration monopoly on approving new drugs, and the government-created state-by-state insurance monopolies. It did not address medical malpractice reform.

The House also replaced the individual mandate with a “continuous coverage” penalty that insurance companies can charge. As reported by Kaiser Health News, the “continuous coverage” penalty “increases premiums for people who buy insurance if they have gone 63 consecutive days without a policy during the past 12 months. Their premiums would rise by 30 percent and that surcharge would last for a year.”

The bill also proposed replacing the exchange plan subsidies with tax credits — which will cost $70 billion a year once fully implemented according to the Congressional Budget Office. The exchanges would remain in place. The plan also subsidizes a national, catastrophic-only insurance plan.

The House bill is by no means perfect, but it should not be seen by the Senate as the ceiling of what can be done, but the floor. Something to be improved upon, not cast away lightly.

Looking forward to 2018, Republicans have a much easier time defending the Senate majority than they did in 2016. Most of the Republicans seats up are fairly safe. In fact, 2018 might be the biggest opportunity for Senate Republicans to get a large majority in recent memory.

If Republicans win every Senate seat held by Democrats in states that President Donald Trump carried in 2016 — Florida, Indiana, Missouri, Montana, West Virginia, Wisconsin, Michigan, Pennsylvania and Ohio — and hold all Republican seats, they would wind up with 61 Senate seats. That would be the first filibuster-proof majority in Republicans have ever had in U.S. history.

But to get there, the GOP must give their base a reason to turn out. Failure to repeal and replace Obamacare could be a death knell to that endeavor, sapping Republican enthusiasm at a critical time. Instead, now is the time for unity and to work with the House to get this legislation on President Trump’s desk. There are many other things that can be changed about the House health care legislation, but that state opt-out provision needs to stay in there.