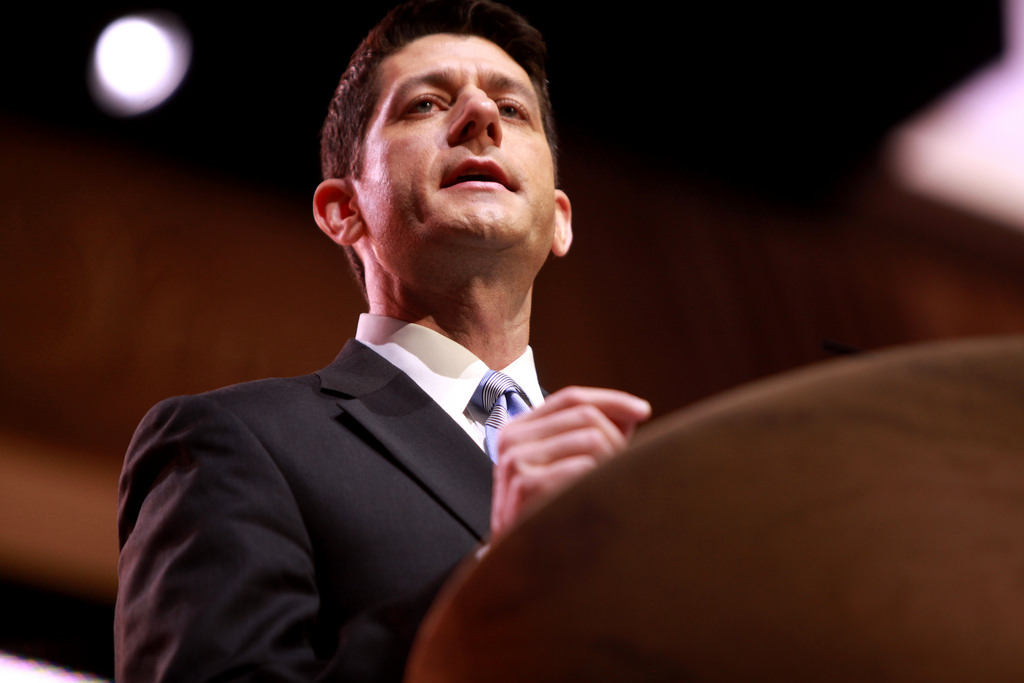 A very important election, in a normally solidly Republican district, is happening today. The eyes of the political world will be on Georgia’s 6th Congressional District, where Jon Ossoff (D), is attempting to flip the district from red to blue against Karen Handel (R). The election has garnered national attention as a referendum on President Trump, with $40+ million being spent so far.

Why is a solid Republican district even this close? Will this be a preview of 2018? If Republicans lose today, here’s why.

One of President Donald Trump’s signature promises was the border wall. It would be hard to find a campaign stop where the President didn’t talk about building a wall, a big beautiful wall, and nobody builds them like him. Well, now the President is attempting to keep that campaign promise, but has run into a road block — his own party.

With control of the House and Senate, Republicans are refusing to fund the very idea that won them the election.

The border wall is a project that will pay for itself. A recent University of Chicago study estimate put the heroin epidemic cost to the U.S. at $50+ billion per year. Recent estimates put the wall costs at $21.6 billion to build, and $100+ million per year to maintain. If the border wall is able to stem the flow of heroin and reduce the that cost by a mere 10 percent, the wall will pay for itself in five years. This doesn’t include the cost of other illegal narcotics or the cost of illegal immigration on social services. If all those numbers are included, the wall would likely pay for itself in only a few months. But for some reason, this is not good enough for the Republicans on Capitol Hill.

Another big campaign promise from President Trump and Republicans was tax reform. The U.S. has a draconian tax plan that belongs in the third world. The U.S. currently has an effective rate of 39.2 percent, the highest among developed countries. This has caused many companies to keep profits overseas for fear of being taxed twice, once at the country where the transaction took place, and again when entering the U.S. It is estimated there is between $2.4 and $3 trillion overseas, that belongs to American companies.

Imagine if that was taxed at only 15 percent and came back to the U.S. If only half of the profits came back, you are still looking at  trillions in cash being reinvested or paid out in stock dividends. If you have a 401k or other investments this is a good thing.

Even if all you cared about was tax dollars, repatriating makes sense, as many of these companies would also be taxed at the federal, state and local levels. That might help close budget gaps across the states. This means you California.

Yet Congress has still failed to act. No big tax cut bill has even been revealed, let alone voted on.

Perhaps the most disappointing action taken or not taken so far, has been on Obamacare. The day after former President Barack Obama signed Obamacare into law, it became a rallying cry for grassroots conservatives across the nation. Since that day, the Democrats have lost over 1,000 seats in elected government across the country.

At a federal level, the grassroots response to Obamacare gave the Republican leadership all the control they wanted: the House in 2010, the Senate in 2014 and the White House in 2016.

The response to their base has been less than admirable. After years of preaching about repealing Obamacare on the campaign trail, and dozens of votes repealing and replacing Obamacare, including one that 50 GOP Senators currently serving passed in 2015. Why can’t the Senate pass what they passed in 2015 and go to conference with the House-passed legislation?

Like the 2015 version, the bill that did pass the House phases out the budget busting Medicaid program over the next several years. In addition, it provides tax credits to low income families. The bill is not perfect, but it is a start. The MacArthur Amendment provides an opt out for states that wish to do so — more than was included in the 2015 bill which did not touch the Obamacare regulations.

The Senate must muster the will to pass the American Health Care Act, or introduce their own version for a conference committee. Every day they stall, it gets closer to filing deadlines for primaries. No one wants to have a difficult vote near a primary filing deadline.

Americans for Limited Government President Richard Manning blasted Congressional Republicans in a statement, saying, “Right now, the Republicans are getting all the negatives and none of the positives from an energetic Trump administration. The left will raise millions of anti-Trump dollars regardless of what the House GOP does. The current curl up in a ball and hope it goes away strategy is doomed to fail. The only rational response is to aggressively push a limited government/Trump agenda, and send it over to the Senate. Failure to give your supporters something to fight for is a recipe for disaster on all battlefields, including political.”