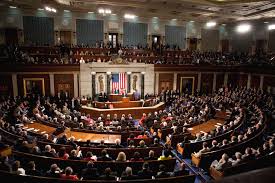 As Washington obsesses about its latest parlor game (“What Will James Comey Say Next?”), Republican voters are searching far and wide for any hint of the Republican majority agenda they voted for in November 2016. While Capitol Hill, the media, and all of their “unnamed sources” planted throughout the Republican establishment and administrative state have their eyes and ears peeled in hopes of another Watergate, Republican voters are wondering, “What does any of this have to do with me?”

It’s a good question and sadly, the answer is “Nothing.” The Comey hearing, the Mueller investigation, all of the so-called “Russia-gate” only seems to add more hot air to the Washington, D.C. summer — a distraction from the real problems Americans are facing at home.  Foolishly, Republicans have taken the bait and fallen into the trap of self-immobilization — a trap that will lead to electoral repercussions next year.

The Washington Examiner found evidence for this sentiment, while canvassing Republican voters in Georgia for the upcoming special election between Republican Karen Handel and Democrat Jon Ossoff on June 20.  A 79-year old, suburban, Republican woman summed up the consensus opinionby saying:

“President Trump is doing OK. He’s doing, as a matter of fact, very well. He’s getting a lot of things done that are good for the country — good for us. The Congress — not so much. I’m very disappointed.”

It should come as no surprise to anyone that while President Trump’s approval rating have dropped, largely due to the barrage of assaults he has taken from the national mainstream media, his favorables consistently remain at least three times higher than that of Congress.

As we enter the sixth month of Republican control of Congress and the White House, what can officeholders and candidates — like Karen Handel — brag about?  Once you get past confirming the nomination of Supreme Court Justice Neil Gorsuch and revoking a few Obama-era regulations through the Congressional Review Act, not a whole lot.

Health Care:  After a successful mutiny by the House Freedom Caucus, the House fixed the “American Health Care Act,” using federalism to address key cost inflators, such as “essential health benefits.  While not fully repealing Obamacare, the measure marked a drastic improvement over the disastrous, original Ryancare bill cobbled together behind closed doors.  The Senate has not acted.

Financial Reform: The House has just passed the “Choice Act,” which would overhaul the disastrous Dodd-Frank Act and its legacy of killing off community banks and squelching economic growth. Unfortunately, the Choice Act is not expected to survive the Senate in its current form.

Government Spending: Fearful of a government shutdown, Congress passed a trillion dollar bill funding the government through the end of September. Largely seen as a sop to the Democrats, the measure did not fund a border wall or a crackdown on sanctuary cities — but did include funding for Democratic priorities like Planned Parenthood. It tilted so far left that even Senate Minority Leader Chuck Schumer praised it.

Tax Reform: Some talk, no action by either the House or the Senate.

As of June 12, the House of Representatives will have been in session for 70 days, broken up by week-long recesses for MLK Day, Presidents Day, Passover/Easter, Memorial Day – and for some unknown reason, the week of May 8-12.  It is scheduled for another week off for Independence Day and then five weeks for the cherished August recess.

While some Republican voters might generously hold off judgment – scoring the first six months of the Republican majority as “incomplete” – others would be justified giving the GOP an “F.”  Whatever the grade, it cannot merit a month-long summer vacation while Americans outside the Beltway wait for an economic recovery, sweat out the soaring costs of health care, and toil under the costly burdens of high taxation and overregulation.

With that in mind, the House Freedom Caucus called for Speaker Paul Ryan to cancel the August recess to focus on tax reform efforts.  Rick Manning, president of Americans for Limited Government, endorsed this idea, saying:

“At a time when President Trump’s agenda is being stalled in Congress based on the calendar, it is time for Speaker Paul Ryan to cancel Congress’ paid vacation.”

Canceling the recess would actually improve the quality of life for members of Congress.  Most members use the August recess to visit their districts and hold town hall meetings, travel the globe on taxpayer-paid Congressional delegation (or CODEL) trips, or go on personal vacation.  Because Congressional recesses this year have been filled with nothing but staged protests of town hall meetings by the organized Left, none of the standard options (protests, foreign junkets, paid vacations) make for particularly good visuals. And this time they might also be filled with angry Republican voters demanding to know why Congress has been wasting so much time.

Congress should cancel the August recess, stay in Washington, and get the people’s work done.  With health care, tax reform, financial reform, a border wall, twelve appropriations spending bills (remember “regular order”?) — and possibly a Supreme Court vacancy — on the stove, there’s plenty to do.

And if they still can’t get anything done? Turn up the heat and turn off the air conditioning at the Capitol.

Peter Hong is a contributing reporter at Americans for Limited Government. You can read more of his articles at www.netrightdaily.com.