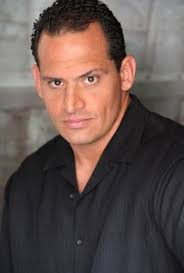 Twenty years ago, in 1997, the Englehardt machine ruled over much of Passaic County politics. A powerful GOP powerbroker, Edwin Englehardt served as the Passaic County Sheriff. His brother, Paul, was the Hawthorne mayor. The latter Engelhardt faced a primary challenge that year, waged by a popular then-councilman, Fred Criscitelli.

This primary challenge was rooted in constituents’ angst over the machine politics – they felt disenfranchised by the establishment and its political bosses. Sound familiar? Sound like today’s national politics? And today’s local politics?

Well, history has a way of repeating itself. People, 20 years ago, were disenchanted by the party insiders. And, today, once again they feel the same.

Twenty years ago in Hawthorne, Criscetelli – the outsider – won that race. It was the beginning of the end of the Englehardt machine. It was also the beginning of a novice politico’s career. No, not Criscetelli (he was already a veteran, though not an insider). The novice was a council candidate on Criscetelli’s ticket, who got swooped in with Criscitelli’s victory. That novice was Richard Goldberg.

Goldberg, who donned a strange pony tail at the time, actually had “lost” the election according  to election-night poll results in that November, 1997 contest. A running mate of his, a well-liked, kind-hearted local businesswoman, Gina Pontrelli, had been declared a victor. Goldberg, unsatisfied that his ticket companion had won and that he had been a loser, leapt over Pontrelli by a handful of votes under a specious recount. Thus, the weird-haired man became a Hawthorne councilman.

Criscitelli went on to serve eight successful years as Hawthorne’s mayor, with Goldberg re-elected along with his mentor at each stage. When Criscitelli left office after a 2005 primary defeat, Goldberg chose to stay on and run with a man who had opposed Criscitelli; this was considered an act of disloyalty by many. A few years later, after some additional dubious acts, Goldberg got himself elected mayor of Hawthorne.

Now, and for some time, Goldberg has become part of the establishment. He is an ultimate party insider. Also, now, he has his own primary battle for mayor. And his opponent is a fighter–and a winning fighter in many ways.

Frank Giglio, a lifelong Hawthorne resident, is a town favorite. This year, he retired from the Hawthorne Police Department, in the rank of sergeant. All accounts define the perfect law enforcement officicer: strong, but fair and honest. A man who only charged someone with an offense if he/she was  guilty. Relentless in his pursuit of justice, he thoroughly investigated matters. This led to successful prosecutions of cases for those who deserved to be prosecuted. Also compassionate, Giglio didn’t seek to drop the hammer on a person who needed a break in life (and who wasn’t a career criminal). However, if one was truly a bad guy, Sergeant Giglio was the last law enforcement officer he would want to face. That’s because Giglio is tenacious – and an intellect – who always finds a way to honest victory.

Giglio is also an accomplished businessman. As a fifth degree degree black belt, he is a mixed martial arts sensei. He’s the longtime owner of the Hawthorne Institute of Martial Arts (HIMA), Passaic County’s leading MMA academy. There, Giglio is a respected leader in a different manner than through his law enforcement occupation. But his passion for the craft and his oversight of his students is rooted in those same core qualities of strength, fairness and honesty.

A man of amazing range and successes, Giglio has additionally succeeded as a film actor. He recently played the lead role in a star-filled, important movie, The Savant, where plays guess what? A police officer who is a martial arts sensei. However, this is a fictional movie, where Giglio’s character trains an autistic savant high school senior, who has prodigious fighting abilities. The filmalso stars multiple Academy Award and Emmy winners and nominees and other fan-favorite actors, including Robert Loggia, Eric Roberts, Joyce DeWitt, and Martin Kove. Giglio also has appeared in several other movies.

A person of this caliber of accomplishments is, no doubt, an exciting mayoral candidate for the the residents of Hawthorne. He has nothing to prove, as he’s his own successful man. He is beholden to no one. He is true political outsider, who doesn’t care what the party bosses want. He has led a career where he only yearns to attain the fair and just result. And he is a winner.

Hopefully, for the people of Hawthorne, Frank Giglio knocks Rich Goldberg out in the June 6 Republican primary. He deserves this victory, as do the town’s residents. History should repeat itself 20 years after Goldberg’s first election–but not with Goldberg getting re-elected; instead, with a true party outsider winning the contest.