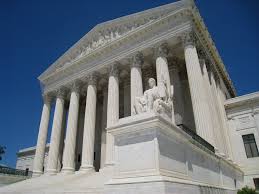 This could be the hottest summer in Washington, D.C.

With the Supreme Court’s current term coming to an end, rumors abound that at least one vacancy on America’s highest court is likely.

Currently, there are three justices who were born before the end of World War II:  Justices Ruth Bader Ginsburg (84 years 2 months), Anthony Kennedy (80 years 9 months), and Stephen Breyer (78 years 9 months).  Cumulatively, they have served over 75 years on the Court, leaving in their wake a lot of bad decisions that have tilted our society to the left — perhaps irreversibly.

The track records of Justices Ginsburg and Breyer are not surprising; they are unapologetic judicial liberals. Both appointed by President Clinton, the two justices agreed 88 percent of the time in their twenty years together on the Court.

On the other hand, Justice Kennedy has been a head scratcher for Court watchers and a disappointment for conservatives, since his appointment 30 years ago by President Ronald Reagan. Positioning himself as the “man in the middle,” particularly since the retirement of Sandra Day O’Connor, Kennedy has written or influenced key decisions reaffirming legalized abortion, overturning state laws on same-sex marriage, and upholding racial affirmative action in college admissions.

Rumors of retirements arise each summer as the Supreme Court’s term comes to a close, but this year’s chatter seems particularly intense. Following the election of Donald Trump, the Supreme Court itself had to shoot down rumors that Justice Kennedy was set to retire. With the next election for President over three years away, conservatives are hopeful and liberals are panicking that one or more of the three Court octogenarians (in Breyer’s case, octogenarian-to-be) will hang up the robe. If so, book the next flight to D.C. for Michael Buffet.

Article II of the U.S. Constitution delegates to the President of the United States three fundamental duties:  serve as chief executive officer of the government; protect our nation as commander-in-chief; and fill executive appointments and federal judicial vacancies.  It is this third duty — appointing judges to the federal bench — where the president, particularly this President, has the best opportunity to cast his shadow on history.

In his eight years, former President Obama reset the federal judiciary with over 300 appointments to the federal bench, most notably Supreme Court Justices Kagan and Sotomayor.  When Obama took office in 2009, only one of the 13 federal appellate courts (the level below the Supreme Court) had a majority of Democratic appointees.  Today, that number is up to nine, including the historically conservative Fourth Circuit Court based in Virginia.

That court, where Democrat appointees now hold a 10-5 majority, issued two major decisions last year striking down North Carolina’s voter identification law and a Virginia school board policy that students use bathrooms corresponding with their biological sex (vacated for further argument by the Supreme Court).  It just blocked the President’s executive order on travel visa.

Based on his selection of newly appointed Justice Neil Gorsuch and recent slate of lower federal bench appointees, President Trump appears to get it. And he has an unprecedented opportunity to restore ideological balance to the federal courts.  Upon assuming office, President Trump inherited over 100 vacancies to fill on the federal bench, nearly double the number inherited by Obama in 2009.

As critical as all of these seats on the federal bench are; when it comes to politics, a Supreme Court vacancy is like the Super Bowl.  And given the stakes and the current balance of the Supreme Court, the fight over the next vacancy will be more like a war than a game.

Fortunately, we have the weapon we need to win this upcoming war, and we have former Senate Democrat Leader Harry Reid (D-Nev.) to thank for it.  In 2013, hungry to confirm Obama appointees, Reid eliminated the use of a filibuster against executive branch and non-Supreme Court judicial appointments, thereby allowing confirmations on simple majority votes.  In doing so, Reid opened the door for the “nuclear option,” precluding filibusters against Supreme Court nominations.

Senate Majority Leader Mitch McConnell (R-Ky.) was forced to use the nuclear option when Senate Democrats filibustered the Gorsuch nomination earlier this year.  McConnell wisely pressed the red button and, surprise, surprise, the Senate still stands – and Judge Gorsuch is now Justice Gorsuch.  So, now that there is precedent for deploying the nuclear option to overcome Senate Democrat intransigence – no worries, right?

Not if Senator John McCain (R-Ariz.) has his way.  According to Politico, McCain made a last-ditch effort to cajole a small band of Democrats and Republicans into some kind of backroom deal. And while McCain’s attempt to thwart McConnell fortunately failed, the Arizonan and other Senate institutionalists continue to lurk in the corridors — waiting. They illustrate why presidents and members of the House label their opposing party as the “opposition,” but the Senate as the “enemy.”

McConnell is a cool, crafty, battle tested Senate veteran, but he will face unprecedented pressure to cave — from Democrats, who instinctively hate all things Trump, and Republicans who care more about their Senate traditions than the future of American jurisprudence.  It may not be July, but it’s not too early to start turning up the heat in Washington, D.C.

Peter Hong is a contributing reporter at Americans for Limited Government. You can read more of his articles at www.netrightdaily.com.