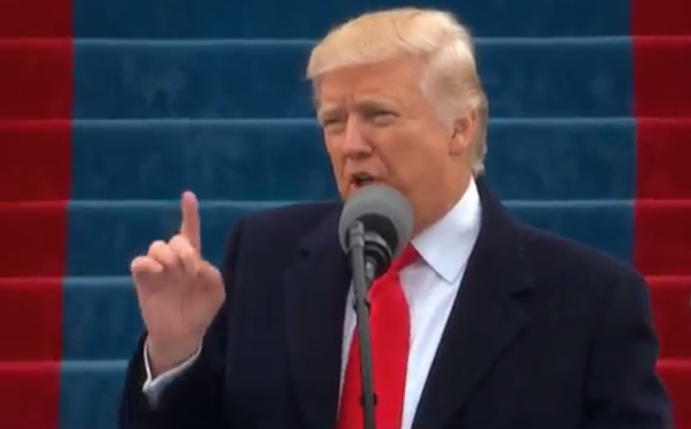 For me the journey began in April of 2015, when Senator Ted Cruz joined then House Ways and Means Committee Chairman Paul Ryan in signing a joint opinion piece in the Wall Street Journal urging passage of fast track legislation. A few short days later, I developed a strategy to counter their support.  That strategy was built around Donald Trump.  At the time, now President Trump was dismissed by almost everyone as a sideshow, but as he proved, he was much more than that.

Donald Trump immediately agreed to voice a radio ad for my group, Americans for Limited Government, against fast track uttering the famous words, “It’s a bad, bad deal.”  The ad ran continuously in New Hampshire and South Carolina up until he announced his candidacy for the presidency, and played a major role in getting a majority of the GOP candidates for President to agree with Mr. Trump.  Eventually, even Senator Cruz voted against fast track, but it was Donald J. Trump who knew in his heart that corporate crony trade deals were bad for America’s workers and disastrous for America.

He really means it.

President Obama’s last three years in office have been predicated on the principle that he could regulate, sign away and stretch the bounds of Executive Orders with impunity, disregarding the rightful Constitutional role of Congress.

Today, that work which was like a house built on sand, will begin to be washed away as Trump appointees take immediate control of the levers of power at virtually every agency in government. As a member of the Trump transition team at the U.S. Department of Labor, I got the opportunity to work with some of the most brilliant, dedicated minds in D.C. in an exercise in cross-pollination between the various Departments in federal government to help remake the relationship between the government and the people and indeed between the Executive Branch and Congress.

Obama’s impatience and demands for a whole loaf through Executive fiat means that every one of these actions can, and many will, be wiped from the books using the same pen and phone that willed them into existence.

The Madisonian vision of separation of powers creating a balancing act to ensure that no one branch got too strong will be restored, and Obama’s arrogance the led him to ignore Congress when he couldn’t get everything he wanted will lead to most of his Administration’s “accomplishments” being cast onto the scrapheap of history.

But I predict before the weekend is out, America will learn that when President Donald J. Trump says he is going to make America great again, he really means it. And that is reason to celebrate.

The author is President of Americans for Limited Government.