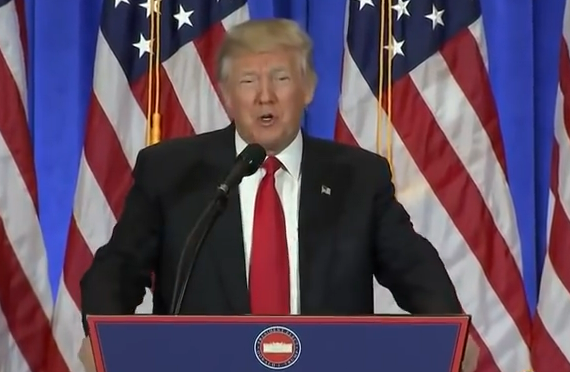 Was President-elect Donald Trump’s personal attorney Michael Cohen in Prague in late Aug. 2016, as a now-infamous intelligence dossier charging Trump is a Russian agent published by Buzzfeed on Jan. 10 asserts?

The memos, authored by former MI6 operative Christopher Steele, alleged Cohen was in Prague in late summer communicating very specifically with Russian agents about dealing with the political fallout of the alleged ongoing conspiracy between Trump and Moscow to put Democratic emails on Wikileaks.

The dossier stated, “the timing of the visit was either in the last week of August or the first week of September.”

There’s only one problem.

Cohen has since emphatically denied the allegations, stating he was actually with his son at the University of Southern California with his son’s baseball coach during that time. The Atlantic confirmed Cohen was on campus on Aug. 29 via a University baseball source. For the month of September, Cohen says he was in New York.

In fact, Cohen says that he has never visited Prague or the Czech Republic in his life, touting his passport as evidence.

Let’s give Cohen the benefit of the doubt. After all, why would he lie about his passport, and just how could he have been in two places at once?

If Cohen was not in Prague, verifiably, then the intelligence operative who spun this lie appears to have been using what he thought were Cohen’s travel records — now we’re told there was some other Michael Cohen who had traveled to Prague — to make the assertion and filling in the blanks with garbage. Suddenly the producer of the dossier’s credibility is absolutely called into question.

Therefore, it also means that not only was Trump’s lawyer not in Prague, he could not have been there discussing how to mop up the fallout of Trump supposedly working with the Kremlin on putting Democratic emails on Wikileaks, because no such conversation could have possibly taken place.

Consider the details of what Cohen was alleged to have discussed with Russian officials in Prague. The purpose of the meeting was to, per the dossier, “in order to clean up the mess left behind by western media revelations of Trump ex-campaign manager [Paul] Manafort’s corrupt relationship with the former pro-Russian [Viktor] Yanukovych regime in Ukraine and Trump foreign policy advisor, Carter Page’s secret meetings in Moscow with senior regime figures in July 2016” where the Trump campaign supposedly coordinated with Moscow to put the Democratic emails on Wikileaks.

And, it was to “cover up and damage limitation operation in the attempt to prevent the full details of Trump’s relationship with Russia being exposed” and the “overall objective had been to ‘to sweep it all under the carpet and make sure no connections could be fully established or proven'”.

Except, he was not in Prague, so those conversations never actually happened. So, how did the specifics of a conversation that never occurred appear in the dossier? There is only one possible explanation: It was made up, either by the source(s) the dossier’s author used, or the author himself, who apparently has disappeared, fearing for his safety.

This forces us, as rational human beings, to disregard the source entirely. None of the claims of sedition are verifiably true based on available facts, and much of it is verifiably false. It’s bad intelligence.

The Cohen episode was a fatal mistake by Steele. It proves the memos on Cohen were fabricated, calling into question the rest of the work product, which appears as attempts to spin travel records of Trump personnel, such as Cohen, but also Carter Page, who supposedly orchestrated the entire conspiracy with the Kremlin to put the emails on Wikileaks while on a trip to Moscow, and Paul Manafort due to his prior dealings in Ukraine.

If Cohen being in Prague having discussions was fabricated, then it is likely Page and Manafort were subjected to similar libels by the dossier, which although it had been commissioned by the Democrats, resulted in national security investigations into both.

On Sept. 23, Yahoo! News chief investigative correspondent Michael Isikoff reportedPage was under investigation by U.S. intelligence officials for supposed Russian ties, which led to his subsequent resignation from the campaign.  And an FBI inquiry was also launched into one-time Trump campaign manger and chairman Paul Manafort, announced by NBC News on Nov. 1 over supposed Russian ties, a week before the election. Manafort had stepped down from the campaign after reporting from the New York Times in August over allegedly receiving kickbacks from former Ukrainian President Viktor Yanukovych.

The FBI even approached the secret Foreign Intelligence Surveillance Court for a warrant to begin surveillance of top Trump campaign officials suspected of contacting Russian agents.

All because of the now-discredited dossier.

The fact that is was commissioned by Trump’s GOP rivals and then by the Democrats (reason enough to doubt it), and referenced by Harry Reid in a letter to the FBI, and then by John McCain to the FBI, resulting in politically charged inquiries, means that this whole thing has spun completely out of control. This is an abuse of presidential power against political opponents in the U.S. once thought impossible.

That it was then given to CNN by the Obama administration, which had to know of the dossier’s falsehoods, to decapitate Trump on the way into office by portraying him as a Russian agent, means that it is being used politically, tainting all of the national security investigations as political as well, a very terrifying conclusion to come to. It was foiled only by Buzzfeed’s publication of the memos, which gave Trump the ability to refute the charges.

The real problem is how Trump should clean up this mess after he gets sworn in on Jan. 20? Heads should roll to prevent intelligence from ever again being used to take out political opponents.