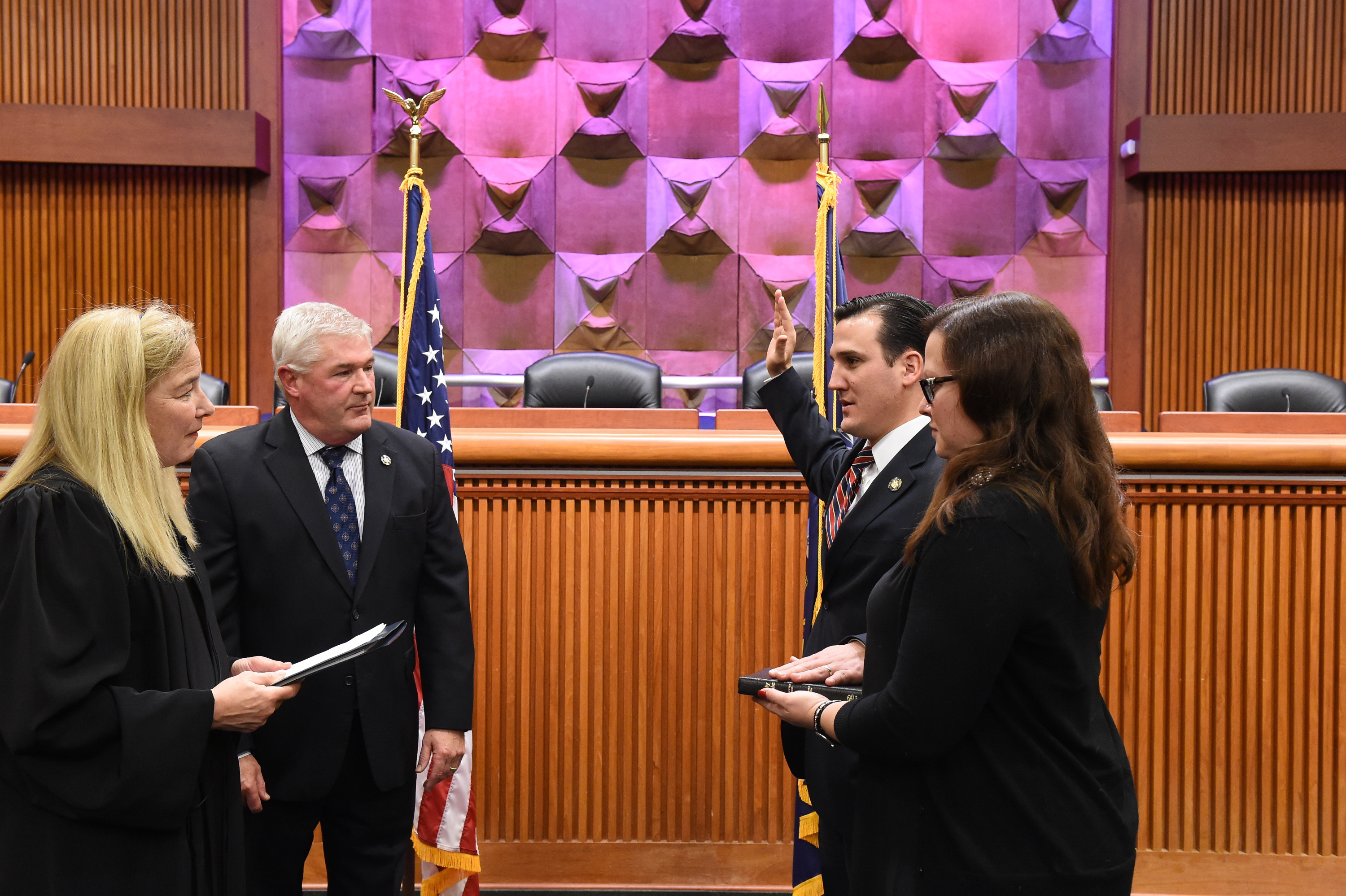 On Tuesday, Assemblyman Kevin Byrne was sworn into office at the Legislative Office Building in Albany, which makes him officially the Assembly representative for the 94th District. Byrne has a background rooted in public service, and has served as both a volunteer firefighter and EMT for many years. Byrne is also an Eagle Scout with the Boy Scouts of America, where he has continued his commitment as an assistant scoutmaster.

“I look forward to being in Albany and working with Leader Kolb to represent the people of the 94th Assembly District. This is going to be an exciting year, I’m eager to get to work and make common-sense decisions for the State of New York,” said Byrne.   “Serving this country has always been important to me. I’m humbled and honored to represent the hardworking people of the 94th Assembly district,” he said.

Byrne is bringing his diverse background to the state Capitol. He has worked for Congresswoman Sue Kelly and Congresswoman Nan Hayworth as well as has been regional director of the American Heart Association and holds an MPA in Health Care Administration from Marist College.