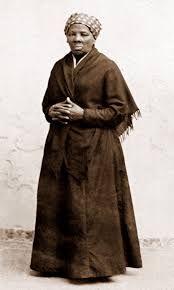 Harriet Tubman – aka “the woman called Moses” – led thousands of runaway black slaves to freedom during the 1800s. She did it through the Underground Railroad, a system run by abolitionists and others sympathetic to ending the crime of slavery. A former slave herself, Tubman’s efforts ultimately ensured freedom to her benefactors either in the northern U.S. states or in Canada.

U.S. Senator Chuck Schumer of New York is now leading the charge to have a park opened in Auburn, New York, in Tubman’s name. A press release issued by Senator Schumer sates:

“U.S. Senator Charles E. Schumer today urged the Department of the Interior (DOI) to formally establish the Harriet Tubman National Historic Park in Auburn, New York before the end of the year. Schumer has long fought to create this park to celebrate the life of Harriet Tubman in her longtime home of Auburn. Previously, Schumer successfully passed legislation that paved the way to this park’s creation, but the park still needs to be officially established under the DOI’s National Park Service (NPS). Schumer also successfully urged the federal Department of Justice (DOJ) to sign the land transfer agreement that allows for the establishment of this site as an official unit of NPS. Following the news that the African Methodist Episcopal (AME) Zion Church and the Harriet Tubman Home have recently finalized their land transfer agreement, Schumer urged DOI to provide the final sign-off that is needed to make this park a reality.”

“It is absolutely critical that the Department of Interior makes the establishment of Tubman Park final, so we can celebrate another huge milestone in the opening of this important historical park and provide it the necessary resources to expedite its availability to the public,” Schumer said. “This park’s establishment has been in the works for years and is tantalizingly close to becoming a reality, so I’m putting the feds on notice: move this project across the finish line and formally establish Tubman Park by the end of this year. The Tubman Historic Park in Auburn, New York will be a magnet for visitors that will tell the amazing story of Harriet Tubman’s life – an American hero if ever there was one – for generations to come. I am going to continue fighting tooth and nail until this dream is made official and becomes a reality.”