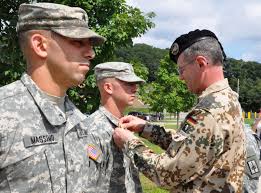 New York Army National Guard Col. Michel Natali has just been announced to command of the 53rd Troop Command. Natali will be replacing Brig. The 53rd Troop Command is responsible for numerous things including military police, transportation, and other Army National Guard support units located across New York. All together there are about 4,000 Soldiers in these units that Natli will be in charge of.

Natali will be replacing Gen. Michael Swezey who has served for the past 36 years  in the Army, Army Reserve, and New York Army National Guard. This change in officers will take place on Saturday, December 3, 2016 during a ceremony at Camp Smith Training Site in Cortlandt Manor.

“Traditionally a military units colors-the term for a flag– indicated the location of the commander on the battlefield. The transfer of the colors in front of the assembled Soldiers allowed those men to see who they would be following into combat,” explains the New York State Division of Military & Naval Affairs.