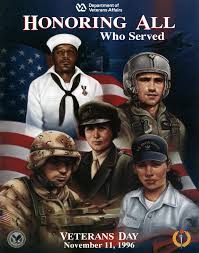 New York State Senator Terence Murphy, in an ongoing effort to support those Americans who have risked their lives in war, established a Veterans Hall of Fame. Yearly, he seeks to add new members, recognizing their dedication to protect the United States and its citizens. This year, 17 new members have been admitted.

At the Mt. Kisco ceremony, Senator Murphy stated, “We can never repay what we owe to our veterans. But we all know that without their bravery and the many sacrifices they made to preserve our freedom, our lives would be very different. Integrity, courage and discipline are in short supply in our society. Veterans have displayed these qualities in abundance in battle and as private citizens, setting an example for all of us to follow.”

In a press release issued by Murphy’s office, he identified each new inductee, with the following synopses of their service:

Thomas K. Burniston (Croton-on-Hudson) – Soon after arriving in Vietnam at the age of 18, Thomas was awarded the Silver Star, the Bronze Star for Heroism, Army Commendation for Heroism, and, after being severely wounded, received the Purple Heart. He left the Army in 1973, having added the Vietnam Cross of Gallantry, the Combat Infantryman Badge, the Parachutist Badge and the Vietnam Service Medal to his list of awards.

Albert Caruso (Mt. Pleasant) – Albert fought with Armored Infantry Division 550 Coast Artillery on Normandy Beach during D-Day and at the Battle of the Bulge in Bastogne, Belgium. Assigned to General George S. Patton’s detail, he helped liberate 10 concentration camps in Germany. He also served in the Army alongside actor Jimmy Stewart, who flew B-25 bombers.

Sean J. Casey (Patterson) – As a member of the 82nd Airborne Division, Sean participated in the Hurricane Andrew relief effort in Florida. Recalled to active duty in Iraq, his unit conducted patrols, focused on IED detection, and provided artillery support to other units. During his deployment, Sean was awarded the Purple Heart, Bronze Star, and Combat Action Badge. He is now a detective in the Bronx.

Oliver C. Chase, Jr. (Peekskill) – Captain Chase’s daring act of heroism occurred while he was an A1E pilot flying over Vietnam on June 10, 1965. On that day, 2,000 Viet Cong guerillas captured the fort at Dong Xoai, inflicting heavy casualties. Disregarding his own safety, Captain Chase flew over the entrenched enemy positions. His accurate attack helped friendly forces regain control of the area. For his bravery, Captain Chase was posthumously awarded the Distinguished Flying Cross.

William R. Duschaneck (Carmel) – Bill joined the Navy in October 1967, and after graduating from electronics school, served aboard the guided missile cruiser U.S.S. Galveston in Vietnam. Returning to the states, he worked at the AT & T long Lines and Tyco Telecom for 35 years, and served with the Mahopac American Legion Post 1080, the Mahopac VFW Post 5491, the Father Mooney Knights of Columbus in Mahopac and the American Heart Association.

Mary Jane Fowler (Southeast) – Mary Jane joined the Marine Corps Women’s Reserve in early 1944. She trained at the Marine Corps Boot Camp at Camp Lejune in North Carolina, then worked in the PX, handling sales and inventory control at Parris Island in South Carolina. After her discharge she joined the American Legion in Katonah. She went on to teach mentally handicapped children and volunteered at Putnam Hospital.

Salvatore J. Garofalo (Mt. Pleasant) – Trained to be a Combat Medic, Sal served in Korea under General George S. Patton’s son, George IV, and was awarded the Korean Service Medal w/Medal Pendant, Army of Occupation Medal of Japan, United Nations Service Medal and a Good Conduct Medal. He has been a volunteer firefighter for the Scarsdale Fire Department and the Valhalla Fire Company, and is an active with the American Legion in Valhalla.

George R. Godfrey (Brewster) – George enlisted in the Army in 1951, and was the sent to Seoul, Korea, where he served for 18 months and was awarded the Korean Service medal with three Bronze Stars, the Combat Infantry Badge and the National Service Medal. Returning to Brewster, George served as a patrolman, among other positions. He is a 57-year member of the Brewster-Southeast Volunteer Fire Department.

Paul J. Hughes (Mt. Kisco) – Paul and his twin brother, Peter, entered the Army when thet were both 21, serving in the Korean War. Recognized for his talents in carpentry, Paul helped construct camp enclosures and built a hospital. After returning home, Paul joined the American Legion Post 136 in Mt. Kisco, where he has been a member for 36 years. He is also a 62-year member of the Independent Fire Company and has served as Captain.

George J. Kennedy (Beekman) – George served in Vietnam as a Cryptographer from 1965-1967, attaining the rank of Sergeant, and was awarded the Vietnam Serrvice Medal, Vietnam Campaign Medal and the National Defense Service Medal. George is a Life member of the Beekman Fire Company, having joined in 1961, and was a member of the Board of Commissioners of the Beekman Fire District for 24 years.

John J. Murphy (Yorktown) – “Jack” joined the Navy in January 1952 and was assigned to the specialized submarine division, serving on the U.S.S. Piper. He fought in the Korean War and was awarded the National Defense Medal, the Cold War Victor Medal, the Sea Service Medal, the U.S. Navy Silent Service Medal, and the Navy Service Medal. Joining Con Edison as a lineman, he became a business agent for the Utility Workers Union of America Local 1-2, serving for 38 years.. His youngest of six children, Terrence, is now a New York State Senator. Jack passed away on Veteran’s Day, November 11, 2004.

Robert Peterson (Cortlandt) – On September 17, 1944, while fighting in Italy, Bob and his fellow soliders volunteered to carry ammunition to his battalion’s assault companies. In order to deliver some of the ammunition, they had to run and crawl up a 1,500 foot hill while under heavy enemy fire. During his wartime service Bob received the Bronze Star Medal, Good Conduct Medal, Purple heart and European-African-Middle Eastern Service Medal.

Harry Sonderlund (Lewisboro) – Trained as an equipment operator in the Seabee’s, Harry received a Commendation for doing search and recovery work after Hurricane Camille. After a stint building lighthouses and roads in Puerto Rico, Harry was sent to Vietnam, where he worked with the Marines and Navy Seals doing underwater demolition. He was awarded the National Defense Medal, the Vietnam Service Medal, and the Vietnam Campaign Medal.

Roger Thompson (Yorktown) – Roger joined the Air Force National Guard when he was 18. He served in the Air Force from 1950-1952 in Newfoundland, tracking Russian submarines in the North Atlantic. Beginning in 1947, Roger served his community as a volunteer fireman, a duty he continues to perform to this day. He has been a member of the American Legion for 63 years and has volunteered with the Yorktown Lions and the Yorktown Rotary.

Wayne Tomlins (Pound Ridge) – Wayne served in the Marine Corps from April 1967 to February 1970 as a member of the 7th Combat Engineers, serving two tours of duty in Vietnam. He worked at Camp Lejune in North Carolina for a short period before returning to Pound Ridge, where he has worked most of his life as Deputy Highway Superintendent.