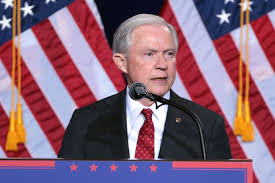 President-elect Donald Trump won the election on a foundation of law and order, arguing that Hillary Clinton was an example of the broken rule of law in our country. With his appointment of Alabama Senator Jefferson Sessions as Attorney General, Trump took the first step in fulfilling his promise to the American people.

Sessions has represented a commitment to enforcing the law throughout his two-decade term as Senator of Alabama, before that Session practiced law in the state and served as U.S. Attorney for the Southern District of Alabama.

During his time in the Senate, Sessions fought for strict immigration controls, a key reason he aligned with the Trump campaign early in the Presidential race. As the Conservative Review’s Chris Pandolfo explained in Nov. 2016, Sessions supported an expanded definition of the term “criminal alien” in order to explicitly deputize the states to enforce federal immigration law, expedite deportation of gang members, clamp down on loopholes that allow legal immigrants who commit crimes to continue on the path to citizenship instead of getting deported, and would have overturned the Zadvydas v. Davis Supreme Court case that Obama is using as an excuse to release criminal aliens after six months of detention.

He has continued his law and order approach through opposing even bipartisan criminal justice reform which rolled back mandatory minimum sentences. Sessions argued that the legislation, which would empty federal prisons, would increase violent crime and harm minority communities by surging recidivism and giving violent offenders breaks on crimes, despite even GOP support for the bill Sessions maintained his law and order stance.

It is this resolve which makes Sessions the necessary Attorney General. Americans proved on election day that they are done with politicians acting above the law, and Sessions simply will not allow it.

As Hillary Clinton’s emailed investigation ensued, Bill Clinton’s meeting with Attorney General Lorretta Lynch sent a strong message to the American people that the Clintons are above the law. Even Delaware Democrat Senator Chris Coons noted that “I do think that this meeting sends the wrong signal and I don’t think it sends the right signal. I think she should have steered clear, even of a brief, casual social meeting with the former president.”

This was just days before FBI director James Comey called Clinton “careless” but ultimately released her of all charges in relation to the ongoing email investigation.

Now, Americans need to believe in their justice system once again. As Americans for Limited Government President Rich Manning explains in a Nov. 2016 press release, “While soft-spoken, Senator Sessions has the steel-willed determination to restore DOJ from its current corrupted partisanship by putting the blindfold back on Lady Justice as he enforces the law.”

While the legacy of President Obama’s Justice Department and Clinton’s political involvement have corrupted the justice system, Trump’s choosing of Sessions as Attorney General represents the first step in restoring the rule of law. Manning notes, “Sessions will also help remove the stain of an Obama Justice Department that views itself more as political activists than neutral arbiters as has been witnessed by their legal war on local police and their failure to enforce immigration laws.”

Sessions is one of few Senators to consistently place the law of the land above all else; he has not picked partisan sides, but the side of law and order. The mere election of Trump was proof that the people want justice and with Sessions as Attorney General it is being restored.