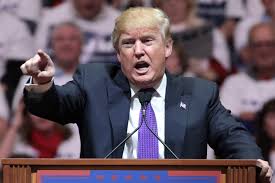 President-elect Donald Trump must begin unraveling the Obama legacy immediately. As harmful regulations continue to cripple economic growth, rescinding EPA regulations on coal is the first necessary step for the Trump administration to get America back to work and end the big government policies Obama instituted.

Since the 2007 Supreme Court decision in Massachusetts v. the Environmental Protection Agency (EPA), that agency has been able to regulate carbon emissions as “harmful pollutants” under the terms of the Clean Air Act. Under the Obama administration that is exactly what the EPA did with the 2009 Carbon Endangerment Finding. This rulemaking in turn has been used to justify the continual implementation of regulations that expand the agency’s power and wage a war on coal.

The Trump administration must now begin rescinding these regulations under the terms of the Administrative Procedures Act, a process that could take up to two years. Best to get started now.

Currently under the EPA’s regulations published at 80 Fed. Reg. 64,510 and 80 Fed. Reg. 64,662, the EPA has the ability regulate both existing and developing power plants for excessive carbon emissions. This overreach was granted by the Obama administration and has worked to make coal electricity uneconomical.

By rescinding these regulations, Trump could provide a tangible opportunity for blue collar job growth in by beginning the rebuilding of the American coal industry.

Using sue and settle arrangements, environmental groups sue the EPA or local governments demanding to have issues addressed. To avoid further litigation, the parties settle the suit and the EPA is given permission to address the issue with newly expanded powers, even if previously the EPA had not jurisdiction or authority over the issue. Sue and settle provides them with new oversight.

This could be the first show of unity by the Trump administration and Senate Majority Leader Mitch McConnell (R-Ky.) after a hard-fought campaign where Trump and McConnell did not always see eye to eye.

Despite having control over both houses in Congress, Trump could face barriers to the implementation of his agenda with McConnell. At one point in the campaign Trump pegged McConnell as the “epitome of an establishment Republican.” However, now, with a narrow lead in the Senate, Trump must rely on McConnell to deliver his platform.

While the two have argued on issues such as immigration reform, ending the Obama administration war on coal has been a pillar for the McConnell Senate. And surely Congress can act, by defunding harmful regulations. Where that is not possible or fails, rescinding regulations via the executive process is up to Trump.

This is one area Trump will be able to work together with McConnell, making the most of Republican majorities in both houses of Congress the next two years.

Trump gained the support from Americans left unemployed from the regulations of the Obama Administration placed on industry growth, now he can show them why his win was worth it, by dismantling the EPA assault on the U.S. economy and getting the job-creating engine back up and running.

Through the rescinding and defunding of harmful regulations and the barring of sue and settle arrangements, Trump and Congress can rein in the EPA while promoting job growth and free enterprise; something the Obama administration could never accomplish.