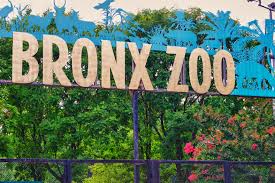 “For her entire professional career, Hillary Clinton has outlined a positive vision for the future of our nation, and I have been proud to support and work with her every step of the way,” so says Bronx Borough President, Ruben Diaz.

What nation is he talking about? Maybe that’s his opinion, but over 55 voting Americans disagree.

Diaz continues, “Like so many others I am both saddened and disappointed that Secretary Clinton was unsuccessful in her historic bid for the White House.”

“Saddened”? “Disappointed?” Did he miss all the people partying in the streets?

And what was so “historic” about her bid? That Hillary is a woman? I’m a woman – and this “historic” nonsense is insulting to me. When a woman who is a great leader, with great, moral ideas – and who is trustworthy – runs for president, that will be “historic.” Simply because a candidate is a woman doesn’t make her candidacy “historic.”

“I expect that President-Elect Trump is sincere when he claims to be ready to work with all sides for the betterment of this nation,” Diaz added.

Okay, that was a fair statement by him. Let’s hope that all Hillary followers ultimately hold the same sentiment. And let’s Hillary well in private life; there’s no reason to continue any tirade against her.