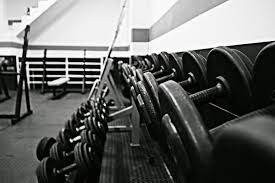 In the spring of 2015, the New York State attorney General’s Office launched an investigation into one of the nation’s largest gyms, LA Fitness. The state’s top law enforcement agency had received complaints that the company refused to waive fees for persons assisting those with disabilities. Often, people suffering from varied disabilities need others to accompany them to the gym.

Eric T. Schneiderman, New York’s Attorney General, announced an agreement with the mega-company which mandates the entity to modify and bolster its policies to ensure broader access for persons with disabilities. This is designed to allow for the aides to accompany the disabled persons.

Schneiderman said, “My office is committed to vigorously enforcing the Americans with Disabilities Act, which promises all New Yorkers the opportunity to live fully and independently regardless of disability status. Businesses have a responsibility to make reasonable accommodations that increase accessibility for New Yorkers, and I am pleased that LA Fitness has agreed to take important steps to ensure equal access for all at their facilities.”

One of the complainant’s, Claudia Ciatto, Community Educator at the Epilepsy Foundation of Long Island, added, “My son and I reached out to the Attorney General’s Office because we were frustrated by the unequal treatment he was receiving at LA Fitness. Charging a person with a disability extra fees to participate in an activity is the definition of discrimination. People with disabilities have the right to be treated with the same respect and consideration that any other person is given. No one has the right to lessen a person’s worth. This facility clearly discriminated against my son and we couldn’t be happier that we have become part of changing its policy.”