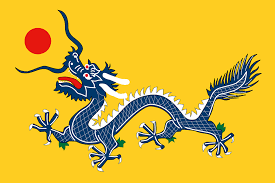 In a bizarre case, a 44-year-old woman has been indicted by a Brooklyn grand jury for the theft of over $160,000 in cash and jewelry. The woman, Xuekun Su – who is from China – is not just charged with larceny for the alleged bilking of her victims, but also under New York’s hate crimes statute.

Acting Kings County District Attorney Eric Gonzalez said of the indictment, “This is the second blessing scam we’ve indicted in as many months, in which brazen con men and women walk off with the life savings of their victims. I urge those in the Chinese community to warn their vulnerable family members to be aware of these scams to avoid falling prey to them.”

A press release from the Kings County District Attorney’s states the following:

“On April 27, 2016, in the vicinity of Bay 22nd Street and 86th Street in Bensonhurst, Brooklyn, the defendant and unapprehended other individuals allegedly approached the victim, a 61-year-old Chinese immigrant, and engaged her in conversation, gaining her trust. The defendant and the other individuals allegedly posed as clairvoyants and convinced the victim that she or a member of her family would die because of a curse.

“They allegedly convinced her that in order to rid herself of the curse she needed to gather large sums of cash and jewels to be blessed in order to remove the evil spirits surrounding her family. After the blessing, the victim was promised that the money and jewelry would be returned. The victim gathered approximately $140,000 cash and numerous pieces of 24-karat gold jewelry.

“The victim then met with the defendant and others who, according to the investigation, instructed the victim to place the cash and jewels into a bag so that a “blessing” could be performed over them to remove the curse. The victim was told not to open the bag for many days in order to break the curse. She opened the bag that evening and found that all of her cash and jewelry was gone. She then contacted the police.

“On June 22, 2016, in the vicinity of 48th Street in Sunset Park, the defendant and unapprehended others allegedly perpetrated this scheme again, targeting a 54-year-old Chinese immigrant. As in the earlier incident, the victim was told that a member of her family would die due to a curse. The victim was convinced that in order to have the curse removed, she had to have her valuables ‘blessed.’ Again, the victim was promised that her money and jewelry would be returned after the blessing. The victim gathered approximately $19,000 in cash and numerous pieces of 24-karat gold jewelry, at which point the items in the bag were ‘blessed’ and, the victim later realized, her cash and jewels were gone.”