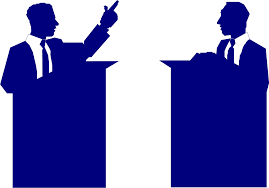 Phil Oliva batted over .450 his senior in high school while playing the most demanding position on the baseball diamond, catcher. He went on to play Division 1 baseball at Siena College. He also was a Division 1 football player, scrambling in the defensive backfield as a 5’10 tough and fast safety. His competitive spirit in athletics didn’t lead to a professional athlete experience – unless you count his wife (who was a cheerleader for the New Jersey Nets) – but it did lead to successful career in politics.

Oliva, who currently serves as a chief aide to Westchester County Executive Rob Astorino and was a former aide to a governor, is currently seeking election as a U.S. congressman in New York’s 18th District. A self-proclaimed proponent of limited government running against big government-incumbent Sean Maloney, Oliva brings a dynamic working class, polished persona to this political battlefield.

A well-spoken son of a military recruiter and hair dresser, Oliva articulates economic, legal, and social issues in a manner that is arguably stronger than his seasoned adversary. Maloney, a former Clinton White House deputy and lawyer who once lost an election for New York Attorney General, is no slouch on the stump. But many find Maloney unrelatable to his constituency, being more of a Wall Street type. Think HILLARY Clinton, not BILL – and you have Sean Maloney.

Oliva, on the other hand, delivers an appearance of humility – and he is approachable. But make no mistake, this is one resilient, intelligent man who isn’t afraid to mix it up when required. Sadly, though, many voters may not get to personally see this, or much of all, with regard to Phil Oliva. And that’s because of the rigged system that has so often recently been illuminated to the public by the Donald Trump campaign.

The local TV networks have all refused to host a televised debate between Oliva and Maloney. The Republican, Oliva, has been calling for this TV debate. The Democrat, Maloney, seems to be running from it. Olivia’s athletics prowess may give him the gusto to formulate a plan regarding how to catch his dodging opponent. But will the news networks acquiesce to it? Not if it’s a rigged system, designed to keep the ultra-liberal Maloney in office.

District 18 voters cast ballots at the 67% rate for Donald Trump in the Republican primary. Meanwhile, HRC only garnered approximately 50% of the votes in opposition to Bernie Sanders in the Democratic primary in this same district. This figure doesn’t bode well for Maloney, the self-avowed Clinton-ite. Trump is likely to win New York’s 18th District, and this success could carry over to Oliva.

So, it seems that Maloney may be wary of Oliva for several reasons. The Westchester former star athlete is a sophisticated, modest, but strong guy. He’s a conservative, who has campaigned to lower taxes and protect small business owners. He’s a fighter, who has denounced Maloney for calling his greatest day in Congress one where he did a sit down on the House floor, protesting gun rights. Oliva – if constituents know he is running – is the candidate that more District 18 residents would likely want to vote for; he’s more their style.

The media, if they truly value democracy, will televise a Maloney-Oliva debate, so voters really know they have a choice. And so they can vote, based on a candidate’s true positions, which inevitably are revealed in a debate.