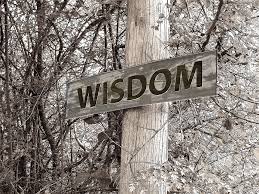 United Monroe’s assembly hopeful John Allegro dropped out of the general election race this past Friday. His decision was apparently rooted in a low turnout in the Republican primary where, although he won several municipalities, he was ultimately defeated by GOP rival Karl Brabenec. Allegro, who campaigned primarily on one issue – to limit the voting bloc power of Kiryas Joel (“KJ”) residents and to defeat many of their causes such as land annexation – saw Brabenec once again receive the KJ bloc vote.

But who else would KJ vote for in the Republican primary? They certainly wouldn’t go for Allegro, as he is akin to the anti-Christ to them. Brabenec was the lesser of two evils for KJ voters – and/or their vote may have been part of a general election set-up.

Now, conventional thought dictates that Brabenec will surely be the lesser of two evils for United Monroe in the general election. And that’s because the man who won the Democrat primary, Aron Wieder, also received the KJ bloc vote. Wieder, a Rockland County legislator happens to be a Hasidic Jew (the same as nearly 100% of KJ residents). While this doesn’t necessarily mean that he is supportive of the KJ agenda, the perception of United Monroe voters is likely such.

The net result of Allegro’s departure should be a sizable victory for Brabenec. In 2014, Brabenec only won the general election by 37 votes over his Democrat opponent. That was largely because Dan Castricone, a lawyer and former Orange County legislator, ran on a United Monroe line and gathered almost 10,000 votes. The common local wisdom is that the great majority of those votes would have went to Brabenec. Thus, without a United Monroe candidate on the ballot this time, the local wisdom is that Brabenec will easily win – even with Wider getting the KJ bloc vote (and a similar Hasidic bloc vote out of Rockland County).

This should satisfy United Monroe – shouldn’t it? Because then a great part of their cause will come to fruition: the KJ vote will not materialize into electing a state assemblyman of their choice. Karl Brabenec may have gotten the KJ vote in the primary, but he’s not really their man. United Monroe members should understand this and not just lay off Brabenec, but perhaps embrace him. He has gone out of his way, on multiple occasions, to assure Monroe residents that he is not only cognizant of the issues that are important to them, but that he is supportive of them.

To that end, United Monroe may also want to consider some overall political wisdom. Revisit the fact that the KJ bloc vote did not go to Brabenec in the 2014 general election. And assess the inordinately strong likelihood that the KJ vote will again not go to Brabenec this November. And then evaluate that people of KJ are quite shrewd. Isn’t it quite possible that KJ wants the United Monroe voters to believe that Brabenec is their guy – so United Monroe members will stay at home or, better, vote against Brabenec in the general election – which would result in their true candidate (the Democrat) getting elected? In other words, United Monroe may be getting played—and recognizing that may be the biggest leap to ultimately getting the results they have so long yearned.

Brabenec and Wieder are both formidable candidates, with significant political experience. The former man is much more likely to carry out a conservative, economically sound agenda and, if that’s what the majority of the voters (not just United Monroe members) of New York’s 98th Assembly District want, then Brabenec will get re-elected in November.