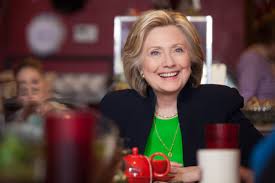 Democrat presidential nominee Hillary Clinton has declared that 50% of Donald Trump’s supporters are deplorable. Some media, pundits, and GOP leaders have proclaimed that Clinton’s “deplorable” comment is “deplorable”, and have opined that she will lose votes over this statement. That is doubtful, as, in reality, the only people that she is insulting are ardent trump supporters who wouldn’t vote for Clinton under any circumstances known to man (or woman, for the PC police).

What is really deplorable here, however, is nearly everything that Hillary Clinton stands for as a political leader. Let’s start with that she is pro-choice, at greatest regard, willing to have innocent human life exterminated simply for matters of convenience. Abortion, of course, is an anathema for any reason – and the lethal practice should be illegal under all circumstances, unless the life of the mother is truly in jeopardy (which is the null set, since there is no medical evidence that a woman undergoing an abortion would save her life). Clinton’s advocacy for abortion is DEPLORABLE.

HRC is a supporter of the Black Lives Matter movement. They are racists. This is DEPLORABLE.

Clinton backs TPP, a trade policy that would injure capitalism and stifle economic growth. This is DEPLORABLE.

The Hillster should not be prosecuted for setting up her private email server while she served as secretary of state because there is insufficient evidence to prove that she manifested the requisite intent under the applicable statutes and “negligence” should never be a mental state for criminal culpability; negligence is the intent level employed in civil actions. However, her conduct was arrogant, stupid, and subjected the United States to serious security risks. Accordingly, here again she is DEPLORABLE.

Her fabrications about what happened in Benghazi – DEPLORABLE.

Clinton’s adulterated love fest with discriminatory Middle East countries has led to the Clinton Foundation accepting billions of dollars in donations from these illicit nations’ governments. These are countries that discriminate against women and gays in multiple horrific manners. Yet Hill-A-Phony, the alleged savior of women and homosexuals, cuddles up with these countries’ leaderships and takes their massive monetary gifts, with no problem. This is DEPLORABLE.

Hillary has served two terms as the United States First Lady. She has been a U.S. Senator. And the woman was Obama’s first secretary of state. This is an impressive remedy and, no doubt, Clinton is a very intelligent individual. However, her accomplishments in these positions has been almost zero – and anything she has done, has been an effort to further ultra-liberal and socialist agendas. Once again: DELORABLE.
The lady is a huge proponent of Obamacare. DEPLORABLE.

The former First Lady is opposed to a flat tax, and wants to tax people at varied, high rates. This is DEPLORABLE.
As part of her phony persona, she campaigned against gay marriage when she last ran for president (2008). Now, she acts like the LGBT best buddy. DEPLORABLE.

The past New York senator says that every woman should be believed if she alleges sexual assault. For a smart lawyer, Clinton must have forgotten about a few fundamental constitutional principles: proof beyond a reasonable doubt, innocent until proven guilty, and due process. More so, if this is Clinton’s supposed view, she certainly hasn’t employed it with regard to the many sexual abuse allegations levied against her husband – not that HRC should because he deserves the same constitutional protections as all others – but this just demonstrates her nonstop hypocrisy. This is DEPLORABLE.

Clinton wants amnesty. She wants illegal immigrants to have a direct path to citizenship. She basically wants a country without borders. Come on! DEPLORABLE.

She wants to reward lazy losers with free handouts in every possible manner (housing, food stamps, cell phones, etc). She wants to continue the Obama administration’s re-distribution of wealth scheme. This is DEPLORABLE.

Hillary Clinton is ultra-liberal is just about every policy proposal she makes. This is DEPLORABLE – and dangerous to the health, welfare and success of the United States and its citizens.