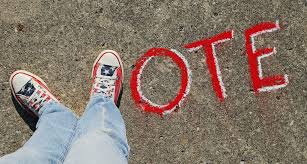 With Labor Day come and gone, congressional races throughout the nation are heating up. Due to gerrymandering and several other deleterious practices that rig the election system in favor of incumbents – and in favor of one party over the other in nearly all districts – most congressional political contests are decided before they begin. In other words, the districts are geographically organized to ensure that only a Democrat can win in some and that only a Republican can win in others. For example, in a congressional district that is largely filled with city voters, it is all but certain that a Democrat will succeed. Conversely, a district that is designed to consist of mostly white, blue collar voters will surely go Republican. However, there are a handful of congressional districts spread out across the U.S. that could go either way.

One of them is New York’s District 18, which covers all of Orange and Putnam Counties, as well as portions of Dutchess and Westchester Counties. This race features incumbent Sean Maloney (D-Cold Spring) facing off against Phil Oliva, the Republican’s standard bearer. An aide to Westchester County Executive Rob Astorino, Oliva has been steadily mounting a conservative campaign against the very liberal – but also very well-funded – Maloney.

A former Clinton White House staffer, Maloney has one of the greatest congressional campaign war chests, which leaves Oliva to find other ways to offset his opponent’s economic advantage. One such mechanism is obtaining endorsements. For example, Oliva, a strong proponent of creating jobs and protecting the rights of small business owners, has just been endorsed by the National Federation of Independent Business (NFIB).

Sharon Sussin, NFIB National Political Director, said of her organization’s endorsement, “Phil Oliva would be a strong voice for small business owners in Congress. He knows that we need strong small businesses if we want to have a strong economy and good jobs. In the House, he would work to reduce the burden of regulations and high taxes.”

Oliva, in turn, stated, “I’m proud to receive NFIB’s endorsement. I will be a champion in congress for our small businesses and entrepreneurs and help them lead us back to economic vitality.” Oliva, who also owns a small business himself, Gipper Communications, a New York-based consulting firm, continued, “I certainly know the many burdens placed on small businesses by our government and I will work to reduce as many of these unnecessary regulations and mandates as possible so that Main Street can thrive and create the good jobs we need.”

In addition to holding the Republican line, Oliva also has the Conservative Party line. Maloney champions the Independence Party line, as well as being the Democrat candidate.