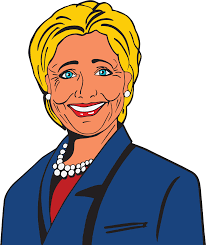 Hillary Clinton has pneumonia. So f’in what. This phenomena has led numerous Republican pundits and leaders to issuing a tidal wave of specious statements – all negative. This is stupid.

Hillary Clinton has what amounts to a fairly non-serious illness in 2016, for an otherwise healthy person. Yes, yes – these pundits and politicos want her medical records to prove that she is otherwise healthy. But, oh, the woman already provided them. And she also previously provided substantial medical reports regarding her health.

Meanwhile, the pundits and politicos on the other side of the aisle have been attacking Donald trump because they want more medical reports pertaining to his health.

Meanwhile, the GOP questioning, speculation, and allegations connected to HRC’s current pneumonia bout (and overall health) has done absolute zero, except for independents and others unsure about their upcoming presidential ballot to become sympathetic to the otherwise unsympathetic Clinton. The woman, who can legitimately be blasted on dozens of economic, social and credibility issues, is going to demonstrate with her next wave of medical reports one certain thing: that she is physically fit to be President of the United States. Accordingly, this barrage of critical cross-examination of her hyper-cold will only benefit her campaign – and hurt Republicans.

Donald Trump is just about the only high-level Republican to say the right thing here. He said that he hopes she gets well soon. And everyone who wants to see America great again should have the same sentiment. This way, The Donald can get back to confronting his Democrat rival on real issues, wherein the former First Lady will again immediately become unsympathetic—and will not ascend to becoming the First Female President.

It would be great to have a woman as president, but certainly not Hillary Clinton. That said, all the best to her health; regardless of political leanings, all should wish her well in this regard.