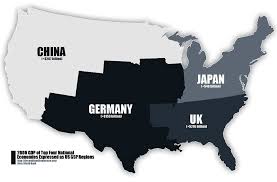 “The truth is, those looking overseas for growth opportunities are the smart ones, because if we have another four years like President Barack Obama’s past eight, you’d have to be an idiot to invest in America with this assault on growth by Washington, D.C.”

That was Americans for Limited Government President Rick Manning’s shooting-from-the-hip response to the latest revision to the gross domestic product by the Bureau of Economic Analysis in the second quarter. The number was revised downward from a tepid, inflation-adjusted 1.2% annualized to 1.1%.

That makes this the slowest 10-year period of economic growth since 1930 to 1939, which only grew at an average annual 1.33% growth rate.

Don’t think growth matters? Unfortunately for the U.S., it is not a benign indicator. It feeds directly into other areas of the economy that hit the American people right in the pocketbook.

Nominal household median income growth as measured by the U.S. Census Bureau from 1976 to 2006 — that’s as far back as the data goes — averaged 4.6% a year. Since then, it’s averaged a little less than 1.4% growth.

In the meantime, the costs of tuition, energy and electricity, health care and food — you know, things we more or less really, really need — have outpaced the growth of incomes. To be fair, they were outpacing incomes even before the slowdown, too.

For investors, the lack of growth here has meant a shifting of capital overseas, where all the production is. See how that works? The profit motive and the search for yield will always direct resources via the market’s invisible hand. Here in the U.S. we’re much better at buying things right now than selling them, and even then, the slowdown hurts as it restricts the resources available to consumers to spend.

Fortunately for those who have had enough, it’s an election year. We could keep doing what we’ve been doing, which is not working. Or if you prefer a change, there’s always Donald Trump and Republicans.

For voters worried about what Hillary Clinton and another four years of Democrats in the White House might mean for growth, these terrible numbers reinforce the perception that things are actually getting worse. Which is hard, because from a growth perspective, things could not get much worse.