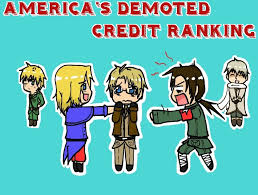 Has anyone ever wondered what a bond rating or credit rating means to a municipality, county or state government? Or how about the United States government for that matter? Remember when Moody’s downgraded America’s credit rating? Why would Barack Obama or Congress care?

Who gives a crap what Moody’s says? Is Moody’s more powerful than the U.S. government? Will corporations not do business in the U.S. because this credit reporting agency has downgraded America’s rating? Will foreign countries refuse to buy our goods? Will they not export to us?

There apparently is some, if not monumental, importance placed on these ratings…

Perception that some care about…

Or maybe no one of value cares about it…

Well, Ulster County Executive Mike Hein sure does. He just announced, with great glee, that Fitch Ratings affirmed the county’s AA bond rating. Fitch gave this double A scoring because it found Ulster County to have superior budget flexibility, sound reserve levels, and sound budget management. It seems Fitch thinks Ulster County is sound and superior, at least to the tune of it earning two A’s. Now, is this AA thing like the battery or is it like Ulster county got an A in gym class and another in, let’s say, economics?

“We are pleased that Fitch Ratings has acknowledged the strong financial management of the Hein Administration to protect taxpayers, invest in infrastructure and reinvent government. With that being said, we have turned our full attention to the 2017 budget that we expect to present additional challenges, especially with respect to healthcare costs.”

Gulnick was, of course, quick to ensure all that this A-Deuce rating was due to the outstanding financial management of the Hein administration.

And, alas, in a press release issued by Hein’s office, they advised why this AA rating is indeed so important. Here’s a quote from the release:

“A strong bond rating is beneficial to taxpayers by reducing the overall borrowing costs associated with standard bond issues. Fitch Ratings has assigned a bond rating of AA- to Ulster County’s previous issued bonds which is an affirmation of the previous AA- rating. Fitch Ratings long-term credit ratings range from a top rating of ‘AAA’ to ‘D’ for debt issues that are actually in default and for issuers who did not meet their financial obligations. Currently, Standard & Poor’s lists Ulster County’s bond rating as AA, one of the highest ratings Standard & Poor’s offers.”

So why doesn’t Ulster County have a AAA rating?

And was it Standard & Poor’s who downgraded the United States rating? Or was it Moody’s?