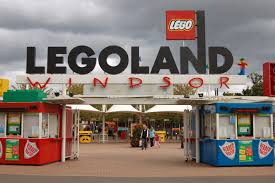 An attorney jockeying for attention, sequestered off a micro-gaggle of foes to the proposed Legoland amusement park at his Goshen law office. The group – about 20 in number – babbled grievances with the park, including operation and traffic issues. Most of the tiny opposition group, who call themselves “Concerned Citizens for the Hudson Valley”, own property that is nearby the proposed site. They also complained about matters related to water and sewer.

The group’s attorney, Michael Sussman, who is rumored to be seeking the Democrat nomination to run against Orange County Executive Steve Neuhaus in next year’s election, drummed up specious law as a basis to stifle Legoland’s progression. Sussman, by way of letter to the Town of Goshen, advised that he believed that the town’s planning board does not have the current authority to handle the environmental impact review. His argument was rooted in a technicality, that he claims requires the town board to perform this task. Sussman further claims that a supermajority of Goshen’s town board must be had to carry out a zoning change related to the Legoland project.

Sussman’s blustering likely will cause minor delays in the project’s approval process. However, him and his mightily small Concerned Citizens for the Hudson Valley (they presented a petition signed by a grand total of 37 people), will almost definitely amount to nothing more than a group of self-interested whiners who hold baseless meetings in small conference rooms. As for Sussman, his efforts are very likely to be greeted with disdained scrutiny by the masses of Goshen – and Orange County – residents who are eager to see the Legoland park operational, given that it is projected to draw approximately 10,000 people per day, which will surely serve as a great economic boost to nearby Orange County communities. Not to mention, it sounds like a heck of a lot of fun for children.

Neuhaus, who has engineered a career centered around economic stimulation and job creation, is a major proponent of Legoland coming into Goshen.