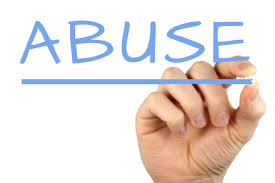 A media advisory from a New York state senator, Alison Boak, presents a dubious statistic: that one in five children are sexually abused. Really? According to who?

If this is true, it means that 20% of the people walking the Earth have been sexually abused. It also, alternatively, means that approximately 20% of people alive have sexually abused a child (it’s only “approximately” here, to take into account those who are repeat offenders). This stat is terrifically hard to believe.

There are really that many ULTRA-evil people surrounding us? So, every time I am at a restaurant or sitting on a bus or walking down the street, every fifth person I encounter has committed an act of child sexual abuse? Wow – we would need to ask entire states to donate all of their land to serve as maximum security prisons if this statistic is accurate.

The truth is this: less than one percent of children are sexually abused. That REAL statistic is still alarming. And a rally that this same state senator is advocating that people attend – to support the Omnibus Child Victims Act – is valiant and important. This proposed law will extend the statute of limitations for those who have been sexually abused, to be able to report the same after they have turned 23; current law requires that they must issue a report before their 23rd birthdays or any prosecution is barred. This law makes sense, and helps to ensure that justice is served in these horrendous cases of child sexual abuse, as it can often take such victims many years to come forward with the terrible misconduct that was levied against them as children.

That said, publishing wildly inflated, unsupported statistics will only cause panic and alarm – and is ill-advised as it damages the important cause of helping actual victims…What’s next – that 50% of Catholic nuns have engaged in sexual abuse? How stupid!