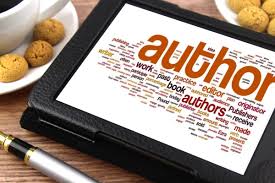 When Sofia Martinez wrote her first novel, Earth, she wasn’t sure of its quality. That is until she took it to an English professor at the college she graduated from seven years earlier.

“He read my book in one day,” Martinez blushed, “And then he called me to his office and said that it was one of the most compelling and poetic writings he had ever read. I started crying.”

Martinez, 32 and living in her birth place, Philadelphia, now has two novels under her belt. This past March she completed the manuscript for Ultimate Robbery, an amazing political thriller that spans the globe – and moon – as it tracks a presidential race between the nation’s first female commander-in-chief and a charismatic senator with an unusual past. A true page turner with twists and turns at every corner, a terrific subplot emerges with the president contracting an infamous action filmmaker/bank robber to recreate a moon landing; a premise in the novel’s fictional narrative is that the United States never went to the moon and that the 1969 and subsequent lunar landings were a hoax.

“I never brought Earth to any publishers,” Martinez offered, “But that’s because it was more of a novella, at only 100 pages. I wanted to strike with a novel that had it all, so I waited until I completed Ultimate Robbery and then I packaged them together back in April and sent both books off to a number of selected fiction publishers. And I was shocked at the responses I received.”

Four publishing companies told Martinez that they read the books. Although she shared the publishers’ responses with Empire State News, Martinez whited out the publishing company names for fear of retribution. “Right now, I’m confused,” she said, “I still want to get my novels published, and I don’t want to get blacklisted. But I’m very upset with these sadly biased people.”

Two of the publishing companies issued her generic passes, with one of the responding editors noting that the “abortion theme in Earth is disturbing.”

Earth tells the story of medical doctor-turned-lawyer who turns out to possibly be the Second Coming of Christ. His uncle, a Catholic Bishop, pushes him to run for political office, but becomes enraged when the nephew chooses to represent a disbarred attorney who is accused of being a serial rapist; all of the victims have one thing in common – they had abortions. Earth, while clearly creating a bad guy in the rapist, has anti-abortion overtones. Apparently this publishing company leans left on the issue.

The remaining two publishers provided plenty of feedback, except most of it had nothing to do with the content of the novels. Their feedback was largely centered around around a comment that Martinez put in her cover letter when she emailed the manuscripts. In referring to Ultimate Robbery in the cover, she wrote, “The ‘President’ character shouldn’t remind you of the current Democrat nominee just because she is a woman. Ultimate Robbery’s president is a layered, distinct character, with a personality perhaps as divisive as Mrs. Clinton’s but wholly different. I’m a firm supporter of Donald Trump, so hopefully my fictitious female president will be the only woman president for at least the next eight years! When we have a better woman contending for that office, then Ultimate Robbery’s president can become second fiddle to the real deal.”

Well, Martinez got a few lashings – and rejections – for her honest political thoughts. One of the publishers told her:

“The roller coaster ride you delivered in your second work, Ultimate Robbery, was rather enjoyable. Earth’s prose are quality, and they show that you have abilities to write with varied styles. However, we will have to pass on both of your novels. Your very outward support of Donald Trump is troubling. Although Ultimate Robbery is surprisingly apolitical, I cannot foresee us being comfortable with a new author speaking at book signings and to the press about her presidential-themed novel. A natural tendency would be for you to speak about your personal thoughts regarding this year’s presidential campaign, especially since you saw fit to notify of us of your support for Mr. Trump. Although you have a First Amendment right, which we cherish, we have the right to avoid contracting with authors who fervently support a man who we believe would take America in the wrong direction.”

The remaining publisher’s response to Martinez’s submissions was much shorter, but also much more blistering:

“No, no, we will not publish these books. You should be ashamed of yourself as both a Mexican and a woman to be behind that awful Donald Trump.”

Martinez had also mentioned in her cover letter that she is a Mexican-American, born in the United States to two Mexican-American U.S. citizens (who were born in Mexico). She explained that she refused to partake in the benefits of affirmative action legislation when applying for college and employment, always letting the decision-makers know that her heritage should not factor in their determinations connected to her applications because “I wanted to get the positions based on the merits of my application, and not my ethnicity.”

Martinez, a writer who could be mistaken for a model, added, “I don’t care if my physical appearance has helped me get a job.” Martinez works full time in a high level marketing position. “I work hard to keep myself in shape. I believe that dedication resonates with employers. I’m not ashamed that I look good. Melania Trump is an outstanding role model in this regard. Pretty women can have great minds too. So, being recognized for my looks doesn’t bother me. But getting a handout because of my ethnicity would be a terrible disgrace.”

Apparently some book publishers think it is terrible that a person of Mexican ethnicity – and female gender – supports Donald Trump. So much so that they have determined to discriminate against her, regardless of the quality of her work. Some smart, non-prejudiced publisher, will surely pick up this very talented writer’s books. And perhaps some leading political commentators will find this discrimination intolerable.

“I tried to get in touch with some of my favorite strong female voices in the political media to let them know about this injustice, but I couldn’t get through,” Martinez explained, naming an exhaustive list of Fox News Channel personalities who she reached out to, such as Julie Banderas, Shannon Bream, Linda Chavez, Monica Crowley, Harris Faulkner, Kimberly Guilfoyle, Laura Ingraham, Laura Ingle, Megyn Kelly, Jenna Lee, Molly Line, Martha MacCallum, Heather Nauert, Arthel Neville, Uma Pemmaraju, Jeanine Pirro, Kirsten Powers, Julie Roginsky, Sandra Smith, and Greta Van Susteren.

When asked if she tried to get in touch with Donald Trump, she said, “I think the man has too many other important matters to deal with on his way to becoming our president.”