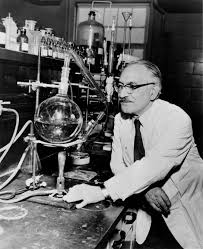 GENEVA, SWITZERLAND — The world is in the grip of a global crisis that kills the equivalent of the populations of Philadelphia, Kampala or Prague – around 1.6 million each year. A new report published today in the esteemed Journal of Antimicrobial Chemotherapy, documents how many countries do not have life-saving antifungal therapies. Fungal infections attack the lungs and may spread through the body and, without the drugs to fight back, claim the lives of over 3,500 people every day.

Now GAFFI (The Global Action Fund for Fungal Infections) has gathered together the most powerful weapon there is – knowledge – information that it plans to use to bring about change. It has just published the largest survey ever undertaken from 159 countries and found that a pair of critical antifungal medicines for AIDS patients are not available in over 95 countries. One of these antifungals has been available since the 1950’s and the other since the 1970’s.

Professor David Denning of The University of Manchester, President of GAFFI and the paper’s lead author says it beggars belief that hundreds of millions of people cannot access the optimal therapy for fungal meningitis and fungal lung infections. “It is doubly tragic,” he says, “that these antifungals have been used since the late 1950’s in the case of amphotericin B. Yet the systems for delivering these drugs to the most needy are still not in place. “Last year GAFFI called on governments to provide fungal diagnostics and antifungal drugs to all their citizens yet there has been a deafening silence. There is clearly a long way to go, but the tragedy is that every day thousands more people die needlessly while the world turns a blind eye,” he adds.

Hollywood actor and GAFFI celebrity patron Rupert Everett declared that: ‘We have known for over 25 years that many people with AIDS and cancer do die of fungal complications. And death is avoidable with treatment. Why on earth are commonly used antifungal medicines not provided to everyone who needs them?”

Dr Glenda Gray, President and CEO of the African Medical Research Council and Professor of Pediatrics, Faculty of Health Sciences, at University of Witwatersrand, says: “In South Africa we are addressing the HIV epidemic squarely on with greatly increased provision of anti-retroviral drugs and expanding testing. “Fungal diseases in AIDS have not received the priority they should have, although this is now changing with our national screening program for Cryptococci meningitis. Clearly ensuring antifungal agents are available to all is an key component in reducing deaths and illness across southern Africa.”

• The 25 -year old drug, fluconazole is available in all countries and itraconazole is unavailable in just five countries. However, being available is not enough – price also matters as patients pay for their care in many countries. The daily cost of fluconazole varied from <$1 to $31 and itraconazole from <$1 to $102. In South Africa, which has the largest AIDS burden in the world and a massive TB problem, itraconazole costs about £11.60 per day – unaffordable for most people there. *Kneale M, Bartholomew JS, Davies E, Denning DW. Global Access to Antifungal Therapy and its Variable Cost. J Antimicrob Chemother. In press. For more information please contact Susan Osborne, Director of Communications, Goodwork, on 07836 229208 or email susan.o@thisisgoodwork.org COMMENTS DISABLED BY SITE.