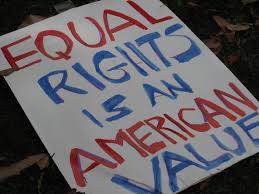 The Jonathan Carey Foundation, an organization that no doubt is founded in good faith and for a good cause, has ripped the Cuomo administration for providing unequal treatment to people with disabilities, specifically by failing to enact upgrades to the 911 calling system. It is unlikely, however, that Cuomo’s administration has been unsympathetic to this cause nor that it is purposefully affording unequal treatment to people with disabilities. In any case, below is an article written by Michael Carey of the Jonathan Carey foundation – readers can make their own call.

The Jonathan Carey Foundation http://jonathancareyfoundation.org/ and its founder Michael Carey have taken every imaginable step possible to help the Cuomo administration stop the unequal treatment of people with disabilities in New York State to no avail. It is like running into a brick wall, the opposition for many years has been that great. The Cuomo administration is treating 1,000,000 New Yorkers with disabilities differently, far differently, than other New York State residents and in doing so violating their New York State and U.S. Constitutional rights to “equal protection of laws”. https://www.law.cornell.edu/constitution/amendmentxiv

Civil rights and equal rights are for everyone, not just for hand selected specific groups of people. New Yorkers with disabilities are of no lesser value or importance than anyone else and can no longer be treated differently and denied immediate 911 first responder medical and police services. The Cuomo administration has chosen to look the other way, stonewall and block emergency 911 legislation that directs mandated reporters and witnesses to physical and sexual assault crimes or deaths of people with disabilities to be reported immediately and directly to 911. http://assembly.state.ny.us/leg/?bn=A08307&term=2015

Emergency medical and police first responders cannot assist the disabled or ensure their equal privileges to 911 emergency services and their basic rights to “equal protection of laws” like for any other New York State resident if the 911 call systems are purposefully bypassed. Currently, tens of thousands of posters and wallet cards spread out throughout New York State direct mandated reporters that witness abuse and neglect of a person with a disability to report directly to Cuomo’s hotline, wrongfully titled the “Justice Center” not to 911. Here lies the extremely dangerous, deadly and discriminatory issue, the 911 call systems were set up decades ago to protect and assist everyone, not to negate and shun the disabled. Bypassing 911 cost 13 year old Jonathan Carey his life. http://www.nytimes.com/2011/06/06/nyregion/boys-death-highlights-crisis-in-homes-for-disabled.html

These civil rights violations and the clear discriminatory practices of keeping local police and emergency medical personnel out of the picture is only the tip of the iceberg regarding systemic cover-ups in NYS that in many cases lead to “untimely” deaths. Governor Cuomo took significant actions to remove all outside oversight of his abuse hotline to conceal staggering numbers of crimes and deaths from local authorities. Cuomo’s abuse hotline for the disabled receives massive numbers of calls; over 7,000 every month on average and most cases are never criminally investigated. https://www.justicecenter.ny.gov/sites/default/files/documents/monthly-data-report-February-2016.pdf Eleven to twelve people are dying in New York State’s extremely dangerous mental health care system on average every day and most deaths are never investigated as a possible crime, even when large numbers of deaths are individuals dying extremely young. State information obtained through New York State Freedom of Information Law (FOIL) reveals a large percentage of deaths where there was never a cause of death determined one to two years later. Other State documents obtained through FOIL reveal a pattern of most deaths reported to Cuomo’s abuse hotline never reported to medical examiners or coroners as required by law. Most reported suspicious and “untimely” deaths of people with disabilities living in NY State run or privately sub-contracted facilities and group homes are not handled the same as for everyone else. What is going on in New York State is insanity and is illegal.

Instead of finally leading to rectify severe systemic and deadly failures brought to light by the New York Times “Abused & Used” investigative reporting series http://www.nytimes.com/interactive/nyregion/abused-and-used-series-page.html?_r=0 Governor Cuomo took decisive actions to cover-up more crimes and deaths of people with disabilities than ever before. Federal civil rights and criminal investigations are critical to finally stop these horrific civil rights violations and criminal cover-ups. The Jonathan Carey Foundation and its founder Michael Carey who is Jonathan’s dad is insisting on swift federal investigations by the U.S. Department of Justice.

The Jonathan Carey Foundation “Civil Rights Walk for the Disabled” to Washington D.C. is one of the important battles in the war against the gross civil rights violations and discrimination of people with disabilities. The Jonathan Carey Foundation is following similar steps that Dr. Martin Luther King Jr. took to end discrimination and will persevere until the injustices and unequal treatment of some of our most vulnerable citizens is stopped. It is hard to fathom such levels of discrimination still exists over 50 years after Dr. Martin Luther King Jr. began fighting for civil and equal rights, but it does. Jonathan in an entirely different way suffered and died for a great cause which is to help many other innocent and extremely vulnerable people. Jonathan died at the age of 13 because he was disabled and because he was denied immediate 911 first responder medical and police assistance. https://www.youtube.com/watch?v=gf4JxtSRygY

Jonathan was in dire need of help, he was ignored, he was shunned and Jonathan was discriminated against and as a direct result he was killed. These egregious human rights, civil rights and equal rights violations can be stopped and great changes can happen when people begin to speak up and stand up against such injustices. Countless lives will be saved if we do.

Stand with us for “equal rights” and “civil rights” for people with disabilities in New York State and throughout our great country by signing our petition at www.jonathancareyfoundation.org. Consider a donation of $9.11 to help 911 become required by law to be immediately called by all mandated reporters regarding all physical and sexual assaults, gross negligence of care, significant and suspicious injuries and when a person with a disability is in medical distress or stopped breathing all together. http://jonathancareyfoundation.org/donate/