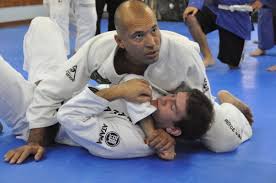 The most staggering statistic in the history of sports is this: in 1921, Babe Ruth hit 59 home runs and that was more home runs that any team combined. Ruth stands out among other baseball greats – Ty Cobb, Barry Bonds, Ted Williams, Alex Rodriquez, Rogers Hornsby, Hank Aaron – as being the best in the history of the game. Similarly, one would have difficulty arguing that the greatest of the great in basketball is Michael Jordan, that golf’s top player of all-time is Tiger Woods, and that the greatest in the history of boxing is Muhammed Ali. However, none of these athletic immortals could claim the distinction of being the leading pioneer in their respective fields. Even with Ruth, there were outstanding predecessors who paved the way.

MMA’s living – and still young – legend, Royce Gracie can put on his cyber mantle being both the all-time best in mixed martial arts fighting and the undisputed pioneer for this sport. Being a member of the UFC Hall of Fame says something, but it just puts Gracie in the highest level category of MMA fighters. What separates this man begins with the fact that he was the first in the business to electrify audiences to such an extent that MMA fighting leaped from a distant second to boxing to taking over the latter support in fan following. Seemingly overnight both Gracie and MMA went from being little known commodities to household names.

Gracie didn’t just beat his opponents; he annihilated them. He employed grappling techniques never before seen by not just fighting fans, but fighters themselves. With snake-like strength/strangulation abilities and cheetah-type speed, he whipped one talented MMA star after another in quick submission.

People, initially, were confused. Gracie is a decently built guy, but he’s not a particularly imposing sight as far as professional fighters go. The man is not crafted in large, ripped muscle. Rather, he is lean, with some basic muscular definition. Nonetheless, his unusual style of grappling, coupled with aberrational conditioning, and superior mental strength catapulted him to the MMA’s best – and he has held that distinction for a lengthy period.

Gracie launched his UFC career in 1993, by becoming the tournament winner of UFC 1. He quickly followed with earning tournament victories in UFC 2 and UFC 4. In the championship fight at UFC 5, Gracie drew a tie with fellow MMA legend Ken Shamrock. A practitioner of Brazilian Jiu-Jitsu, Gracie still holds the record for the most consecutive submission victories in the history of the UFC, with 11 submission wins in a row. His overall professional record was 15-2-3.

Through his UFC-gained fame, Gracie developed his brand of fighting into an internationally recognized and mega-successful martial arts phenomena. The exclusive Gracie Academy, an already prestigious school, exploded with Royce Gracie’s UFC victories. The academy trains fighters from every type of background and age.