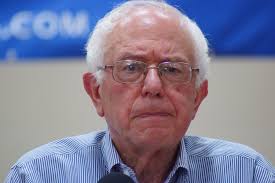 So, Ted Cruz showed up at the Republican National Convention, refused to endorse Donald Trump — and got summarily booed off the stage.

Fast forward just a few days, and Bernie Sanders spoke to his supporters at the Democratic National Convention during afternoon proceedings on Monday, endorsed Hillary Clinton — and got loudly booed.

So, which party really has a unity problem?

Donald Trump walks away from the Cleveland convention, with #NeverTrump defeated, and his party united. He even got a bump in the polls, and now leads nationally against Hillary Clinton.

Meanwhile, Clinton walks into her convention with a news cycle that should have led with her choice of choosing as running mate Democrat Virginia Senator Tim Kaine. Instead, it was mired in the Democratic National Committee (DNC) leaked email scandal — that proved that the DNC was actively sabotaging the Bernie Sanders campaign.

In fact, Sanders supporters are proving to be everything that #NeverTrump movement was not, a true grassroots uprising. Some were protesting outside the Philadelphia convention to the chanting, “Hell no, DNC, we won’t vote for Hillary.”

For all the ink that was spent — including by this author — on #NeverTrump and its potential impact on the November election, it seems that real story may be the budding #NeverHillary movement among Democrats.

Which is not surprising.

Hillary Clinton is the consummate political establishment insider. She was a First Lady. Senator. Secretary of State. She is running for president the second time.

Bernie Sanders ran an insurgent campaign against his party’s establishment — attacking Clinton as the corporate, Wall Street-backed candidate. Hitting her on trade and labeling her a globalist. Basically laying out the case that she was unfit to serve.

And his supporters bought it — hook, line and sinker.

If you believed Sanders’ rhetoric about Clinton, you couldn’t possibly vote for her.

But then current events likely helped out a whole lot, too.

The Clinton scandal of storing classified information on her private email server produced a major crack in the campaign’s façade. Clinton dodged a bullet when the FBI let her off the hook — although it solidified people’s impressions of a rigged system of law and justice.

Then, the DNC leaked emails story broke, solidifying impressions of a rigged political system that could not possibly allow Sanders to be the Democrat nominee — a narrative that the Sanders campaign actively peddled during the primaries.

That was the environment Sanders walked into in Philadelphia where, perhaps not so surprisingly, he got booed by some of his most loyal supporters for backing Clinton.

Contrast that with Cruz, who got booed for not backing the GOP’s choice to be president.

One example shows a party, the Democrats, who think the primary is still going on. And another, the Republicans, who after 8 years out of the White House, are ready for the general election and fired up to defeat Clinton.

There are other factors, such as where we are in the political cycle, which tends to award the out-party the White House after 8 years in the wilderness. This is a Republican-favored cycle right now. And Trump won his primary more decisively than did Clinton, and united his party first.

In the meantime, Clinton may have a mountain to climb to get her party back together this week. A daunting task, but maybe not insurmountable. So far, it appears the D in Democrats stands for disunity.

Robert Romano is the senior editor of Americans for Limited Government. You can see more of his writing at www.NetRightDaily.com.