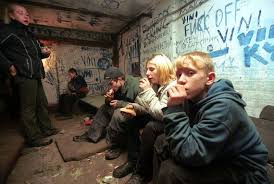 In speaking about the alleged drug dealers, Spota said, “They cut the heroin with fentanyl more than most drug dealers; sometimes up to 50 %, but they also sold pure fentanyl in individual glassine bags to drug users for whom heroin no longer provided the euphoric high they were looking for.”

According to Spota, those investigating think that the fentanyl employed by the suspects is manufactured in Mexican and Chinese labs.

Good work by Spota and his team.

If Donald Trump learns about this…

And will taxpayers have to pay more money for the addicts rehabilitation? Not a savory idea – they need to take responsibility for their own, foolish actions. Obama’s plans to dump hard-working individuals’ dollars into these wasteful rehab programs should be eviscertated and instead put that money should revert back to the taxpayers.