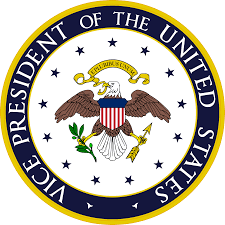 “I am pleased to announce that I have chosen Governor Mike Pence as my Vice Presidential running mate.”

That was Donald Trump on Twitter today, confirming what everybody else already knew. Indiana Republican Governor Mike Pence is to be Donald Trump’s vice presidential pick.

But does it matter?

In 2010 a study by Bernard Grofman and Reuben Kline it was found that only about 0.6 percent voters cross party lines once a vice presidential pick is named. Only in 1972 did more than 1 percent switch votes because of the choice in running mate.

On the other hand, this is 2016, and the entire election process has changed and so perhaps has the value of the running mate. Or in the least, perhaps the running mate might bring something else to the table if not additional votes.

Previously, running mates were considered a minor detail, but with Clinton and Trump polling just about even now — CBS News/New York Times has the race dead even at 40 percent to 40 percent, with 20 percent apparently up for grabs — the selection of the running mates will provide key insight into the holes which both candidates perceive they need to fill before being elected into office.

It also informs what other types of nominations the candidate might make for Cabinet positions and judgeships.

And finally, who the candidate believes would be a capable stand-in as president in the unfortunate event of his or her untimely demise.

Picking a vice president based on the possible president’s weaknesses isn’t a new concept, which is why it is not inconsequential. President Barack Obama picked Joe Biden for his foreign policy chops and in 2008 John McCain picked Sarah Palin to boost his diversity appeal and to bring energy to the campaign.

Even this year, the Wall Street Journal of July 2016 explains “[Hillary] Clinton is putting the premium on diversity as she searches for a No. 2. Democrats say she’s giving priority to diversity and has been weighing women, Hispanic and black candidates — a nod to the voting blocs Democrats need to win in presidential elections.”

Most voters know vice presidents are meant to compensate for the weaknesses of a president and provide clarity on key issues, complimenting their previous decisions. This year with no political experience and completely organic take on issues, voters need to understand a clear path which Trump supports, and the vice presidential nomination is the best way to solidify that.

Trump’s lack of experience in elective office — his major asset as an outsider — also leaves voters with no voting record, no committee actions, no close political relationships to track and no clear idea of how he would handle legislative issues when he is actually in the legislature.

Also after a tough primary battle — with many supporters of other candidates like Sen. Ted Cruz (R-Texas) or Sen. Marco Rubio (R-Fla.) still sore about the outcome — shoring up his support among rank and file Republicans and uniting the party has been viewed as a major priority.

And while Trump may draw a crowd for his rhetoric, economic literacy and strong domestic standpoints; one could argue that he lacks foreign policy experience — a fact that former Secretary of State Clinton will attempt to use against him.

Having a strong, knowledgeable vice presidential candidate well-versed on international affairs then would be a priority, too.

Trump was not necessarily looking for more personality — already a rather colorful figure himself, he simply does not need someone who adds energy — but more experience on foreign affairs and to act as a guide and key advisor for navigating Washington, D.C.

Pence has been a steady figure on the political scene with a pretty notable record, and is well-respected in Congress. His tenure in Congress had him serving on the Foreign Affairs Committee during the wars in Iraq and Afghanistan.

With Trump’s choice of Pence, who it must be noted has drawn heavy fire from conservatives for his stand on common core, expanding Medicaid and other actions as Governor of Indiana, he is picking someone primarily for their Congressional expertise and relationships that will help him accomplish his agenda.

Trump’s choice tells us a lot about himself, and where he views his strengths and weaknesses. He already has credibility in immigration and on economics and other domestic issues, but may have needed foreign policy expertise and someone who could credibly carry water with Republicans in Congress.

It may not sway the election ultimately, but if nothing else, it shows Trump is weighing who can best help him succeed as President of the United States rather than normal political calculations, probably surprising some analysts who had assumed he’d make a more superficial, sexy choice.

It is increasingly clear that Trump is focused on putting a team together who will help him accomplish his agenda of making America great again as he sees it. Through this process, we know that it is Donald Trump, the smart, aggressive CEO, who would run the country, rather than the reality show performer who his detractors denigrate.

And that is why, in this case, the Vice Presidential choice truly does matter.