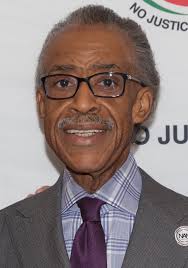 What mind-numbed bumblefoots don’t realize that Barack Obama is one of the all-around worst presidents in the history of the United States? And that he’s an absolute racist who purposely has orchestrated a race war to incite and grow his base.

Who cares that New York Mets infielder Jose Reyes and New York Yankees reliever Aroldis Chapman may have gotten into some minor “domestic violence” disputes with their wives or girlfriends. And, for that matter, the numerous other professional athletes in the same situation. Lovers get into fights sometimes. This stuff is way overblown, as is a multitude of other politically correct crap in our denigrated society. What’s the difference if two best friends push or slap each other? Or of a parent spanks his kids? Or if a boyfriend and girlfriend get into a little tussle. I’m a woman and I just don’t care. Unless there are weapons involved or a person’s life is in danger, mind your own business and stay out of people’s lives.

I recently saw someone post that they were disgusted by people who have visible hair growing out of their noses and ears. I agree and have to ask this: aren’t those people aware of the inventions of razors and scissors?

Who are the knuckleheads that don’t realize that Barack Hussein Obama is a Muslim? Not that there is anything wrong with being a Muslim. What’s wrong here is that Obama is a Muslim who bows to Arabic kings, refuses to acknowledge that Islamic radicals are the free world’s greatest enemies, and either has no idea how to fight terrorism or isn’t interested in doing so for some inexplicable reason.

Why is Al Sharpton’s head so unreasonably disproportionate to his body?

Mike Pence is a fine choice for Donald Trump’s VP candidate. He’s been a strong conservative voice as Indiana’s governor and, before that, as a congressman. I wonder if him and Trump will pose topless, while ripping back shots of Jack Daniels during the campaign.

I used to have an awesome body, with wonderful curves. As an Old Bag, I’m still pretty decent. And I otherwise don’t care, since I have many fond carnal memories. And, by the way, I was never a slut.

Newt Gingrich also would’ve been a fantastic VP choice. What a great debater. And perhaps we would colonize the moon with him in the slot. Maybe we still will because the Newtster will certainly be a big part of any Trump administration.