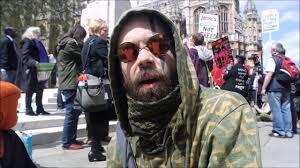 In 2014 the House of Representatives passed the Transportation, Housing, and Urban Development (THUD) appropriations bill by a vote of 229 to 192.
In 2015, the support for the bill was narrower, passing 216 to 210.

However, this year it may not have the votes at all as the bill has sparked controversy and been unable to get to the House floor. The problem is that the legislation provides $58.2 in discretionary spending — an increase of $889 million from the previous year — which means that bill now lacks votes among House conservatives who say the cost is too great.

According to the Federal Register, AFFH, directs municipalities “to examine relevant factors, such as zoning and other land-use practices that are likely contributors to fair housing concerns, and take appropriate actions in response” as a condition for receipt of $3 billion a year of community development block grants to 1,200 recipient cities and counties nationwide.

This expands the federal government’s control over local communities at an alarming rate, removing communities of the basic right to allow their residents to live where they please and forcing rezoning of neighborhoods. The House has consistently defunded this Obama regulation in 2014 and 2015 on an amendment by U.S. Representative Paul Gosar (R-Ariz.). But with the failing of the THUD bill, this year the regulation is all but guaranteed to be implemented.

In 2016 it is more critical than ever that this regulation be stopped, because the HUD is already planning for its rollout. HUD has released a “Fair Housing Assessment Tool” which divides communities on racial and ethnic lines in order to “identify neighborhoods or areas in the jurisdiction and region where racial/ethnic groups are segregated and indicate the predominant groups for each.”

However, it doesn’t end once these areas are identified; bureaucrats examine the factors in order to force local communities into policy change, factors including “land use and zoning laws, such as minimum lot sizes, limits on multi-unit properties, height limits, or bedroom-number limits as well as requirements for special use permits; Occupancy restrictions; Residential real estate steering; Patterns of community opposition; Economic pressures, such as increased rents or land and development costs; Major private investments; Municipal or State services and amenities; and Foreclosure patterns.”

This is not the federal government’s job and never has been, but the Obama administration has decided it was a necessity, so now local communities’ only possible protection is if Congress defunds AFFH’s implementation — by passing the THUD appropriations bill.

For local communities AFFH is not only a clear violation of sovereignty, but also an unnecessary cost burden which can cripple local economies. Westchester County Executive Robert Astorino stated that of the $5.2 million annual community development block grant for the county in N.Y., HUD’s eventual goal was for over 10,000 new housing units, at a compliance cost to the county of $1 billion.

If that proportion held, the costs of implementing this regulation would be hundreds of billions of dollars for communities nationwide.
The $889 million increase in THUD Appropriations Act of 2016 may not be reason enough to vote no — particularly if AFFH can still be stopped. The cost of rejecting the bill for a slight increase in the budget number could be a devastating impact on compliance costs to local communities, not to mention the end of local zoning authority.

Right now, the Senate-passed THUD bill is with the House Rules Committee, meanwhile, the House’s version of the legislation appears to be permanently stalled.

Here is the simple fact: This legislation will probably have an increase in spending with or without the AFFH defund.
The only question is if House Republicans can prioritize defunding AFFH?

The consequence of failing to act could be allowing a regulation that cripples local communities’ decision-making abilities and puts faceless bureaucrats in charge of redrawing neighborhoods.

The defund of AFFH is not only vital to local government control over zoning and reining in the overreach which Obama has committed, but is also critical for the economic success of local communities. But without Republicans passing THUD appropriations legislation they passed in both 2014 and 2015, the regulation is guaranteed to remain in effect.

Defunding AFFH is waiting for action. Now it is just time for House Republicans to commit to getting it across the finish line.

Natalia Castro is a contributing editor at Americans for Limited Government. More of her articles can found at www.NetRightDaily.com.