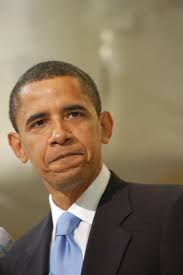 Larry Klayman, the founder of Judicial Watch, is suing President Barack Obama, among other notable black leaders, for “inciting a race war.” He argues that their conduct led to the recent police officer shooting deaths in Dallas, Texas, and his action is seeking $2 billion in damages.

Today, on Fox Business Network, Klayman stated: “Police have been trashed. We saw two bailiffs killed in Michigan yesterday. It’s a severe crisis. This president would like to think that he’s king, but he’s no Martin Luther King. In fact, he’s closer to Al Sharpton and Louis Farrakhan in the way he does things…He has sent race relations back to the early part of the 1950s.”

Klayman has also named Sharpton, Farrakhan, and former U.S. Attorney General Eric Holder in the lawsuit. He claims that these men are also instigators in the race war, which has contributed to numerous deaths and other violent crimes across the country.

Focusing on Obama, Klayman said in his Fox Business interview, “He only has a problem if there are crimes against blacks, or crimes against Muslims, or black Muslims for that matter. But he doesn’t represent the rest of the country… It’s an inconvenient truth for the president that African Americans are stopped, sometimes unfairly, but most of the time because the incidents of black crime against their own people and against whites is much higher.”

Klayman, a former federal prosecutor, quickly filed the lawsuit, and is currently the only plaintiff, However, he is looking for people in Dallas and others across the nation to join the class of plaintiffs in the case. People can go to www.JudicialWatch.org to learn how to become part of Klayman’s lawsuit.

He said that two billion dollars is the appropriate damage figure because “This is a class action suit…That amount of damages is for everyone who has been harmed here. It’s law enforcement across the board, whether it’s black, white, or whatever color, race, or creed.