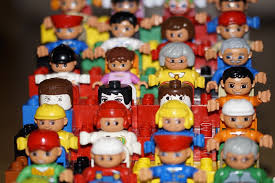 Students have the right to opt of Common Core standardized tests. The trend has been increasing over the past few years, with the percentages beginning to alarm Common Core proponents. This has led U.S. Education Secretary John King to threaten schools who have higher percentages of students opting out.

New York became saddled with Common Core and its random, often strange, standards because the state’s legislature accepted federal monies when trying to fill a budget deficit. The decision resulted in the state being obligated to indoctrinate its public school children with Common Core curriculum or suffer defunding consequences.

“The federal government is out of control, and now they’re coming after parents. Make no mistake about what this is: This is the US Education Secretary saying ‘we’ll damage your school rankings and property values if you don’t bend to our will with Common Core.’ We need to fight back.”

Pidot is particularly concerned about the Common core tests given their “experimental” nature. These tests are often criticized as forcing teachers to “teach to the test”, thus eliminating much needed academic freedom in the classrooms. And many feel that they are age inappropriate.
Reform Republican congressional candidate Philip “Flip” Pidot today blasted U.S. Education Secretary John B. King, Jr. for threatening to punish schools on Long Island and in Queens, among other areas, that have a high percentage of students opting out of the highly controversial Common Core tests.

“This is what happens when incompetent Albany legislators accept federal money without reading the fine print,” Pidot stated. “New York needs to get out of Common Core and into a new and better curriculum developed here. I will do everything in my power in Congress to achieve that.”