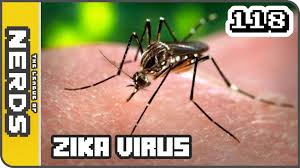 According to medical experts and/or government officials, over one million people have contracted the Zika virus in Brazil. Worldwide, the number is purportedly rapidly growing, hitting over 25 additional countries. Those infiltrated include Venezuela, El Salvador, Mexico, Honduras, Panama, Guatemala, and the Dominican Republic. The United States also apparently has fallen victim to this new disease. And one of New York’s U.S. senators, Chuck Schumer, is concerned about it. So much so that he is urging that Congress pass an immediate bill (one before the end of next week) that will require $1.9 billion of U.S. tax dollars to fund emergency relief to combat the virus throughout the globe.

“With the Senate set to recess for the summer months, and with many women and families across New York State begging for action before this deadly virus spreads further, it is critical now more than ever that Congress work together to green-light this $1.9 billion in emergency funding. We need to get this done as soon as possible so that we can help stem the spread of Zika,” Schumer warned. “Simply put, anyone repellent to this emergency funding plan isn’t serious about beating Zika. When it comes to fighting this epidemic, a stitch in time will save nine – so I am urging my colleagues to pass this bill and make sure emergency funding is delivered before it is too late.”

The senator seems determined. He advises that approximately 800 Americans have contracted the Zika virus, with 310 definitive cases in New York alone.

The United States is both the world’s policemen and the world’s disease/catastrophe fighter. While at the same time, the U.S. government struggles with massive debt and an enormous deficit. American taxpayers are already over-burdened, paying for citizen entitlement programs and supporting those who choose not to work. Additionally, American taxpayers pay for illegal immigrants to subsist in the states, where they receive every free benefit known to man. All on the backs of those who actually pay taxes (i.e. – the lower middle class, the middle middle class, the upper middle class and beyond).

This doesn’t stop Senator Schumer and a great percentage of Congress, however, from blindly issuing a few billion here, a few hundred billion there, several trillion over there – you get the point – to voluminous corporate and government entities throughout the world. To nation build. To police. To do research, whatever that means. To fight things, wherever. To fund things, whomever the money is doled out to, etc, etc.

The benefit of the doubt here should inure to Schumer: that he is sincere in wanting to stop a potentially deadly disease before it grows out of control. But how many of these “deadly” diseases have U.S. taxpayers seen come and go? And they seem to arise at the most pressing of political times, perhaps to distract America of a scandal or two. Maybe the taxpayers should err on the side of caution…

Caution in stopping a disease…

Caution in spending their money…

In any case, here’s the common Zika symptoms: joint pain, conjunctivitis, rash and fever. Of course, so it’s even more terrible of a disease – and so the $1.9 billion should be quickly sent to whoever in whatever other countries – please note that it might pose more serious risks to pregnant women.