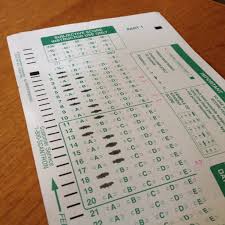 Senator Terrence Murphy struck another blow at Common Core today when it was announced the Board of Regents would adopt regulations requiring superintendents to make a local determination as to academic proficiency for students with disabilities. Those students who struggle with the state-mandated tests could still be allowed to graduate with a local diploma under the new regulations.

“Our kids are more than a test score,” Senator Murphy said. “State assessments, even for with testing accommodations, should not be the sole determining factor if whether someone can graduate, especially kids with learning disabilities. Today’s ruling will put local educators back in charge of these decisions.”

Earlier this year, the Board of Regents succumbed to pressure by education reform advocates and Senator Murphy to roll back the controversial Common Core standards. Legislation passed by Murphy led to the implementation of a flexible timeline to create a new, locally-driven curriculum to replace the failed Common Standards by 2019.

Under today’s decision, beginning with students with disabilities who are otherwise eligible to graduate in June 2016 and thereafter, a school superintendent or nonpublic school principal will have the responsibility to determine if a student with a disability has otherwise met the standards for graduation with a local diploma when such student has not been successful, because of his/her disability, at demonstrating his/her proficiency on the Regents exams required for graduation.